Three races = three points-scoring finishes for Kimi Raikkonen. It’s been an excellent, solid start to the 2019 season for him. Despite some reliability problems and issues for the team, Raikkonen is delivering the maximum for them.

Raikkonen’s season to this point

After only just making it through Q1 in P15, Raikkonen got into Q3 and ended up 9th on the grid.

A very solid race saw him collect four points and an 8th place finish, only a few seconds behind Hulkenberg and ‘best of the rest’ winner, Kevin Magnussen. It was a good start to the year for the Finn and his team.

Problems with his Alfa Romeo car forced Raikkonen to miss FP2 and the most critical session of the weekend. It looked set to be a difficult meeting from there on in. Yet, Raikkonen managed to book his place in Q3, despite close shaves in Q1 (15th) and Q2 (10th) once again.

The Finn got involved in plenty of battles during the race with the Toro Rossos, Norris, Hulkenberg and Magnussen. In the end, he collected a nice 7th place. Those six points put him on top of the standings in the ’best of the rest’ championship.

Alfa lacked the raw one-lap speed needed to make Q3 at Shanghai and Raikkonen got bumped out in Q2. It was the first time the Finn failed to make Q3 since the 2016 Hungarian Grand Prix; a remarkable record of 53 consecutive appearances in the final segment of qualifying came to an end.

Nonetheless, Raikkonen delivered another exceptional drive at Shanghai yesterday. He quickly gobbled up both the Haas cars and Hulkenberg to find himself in P9 from 13th on the grid. Despite getting close to Perez in the closing stages, that’s where he remained for the rest of the race and collected another couple of points. 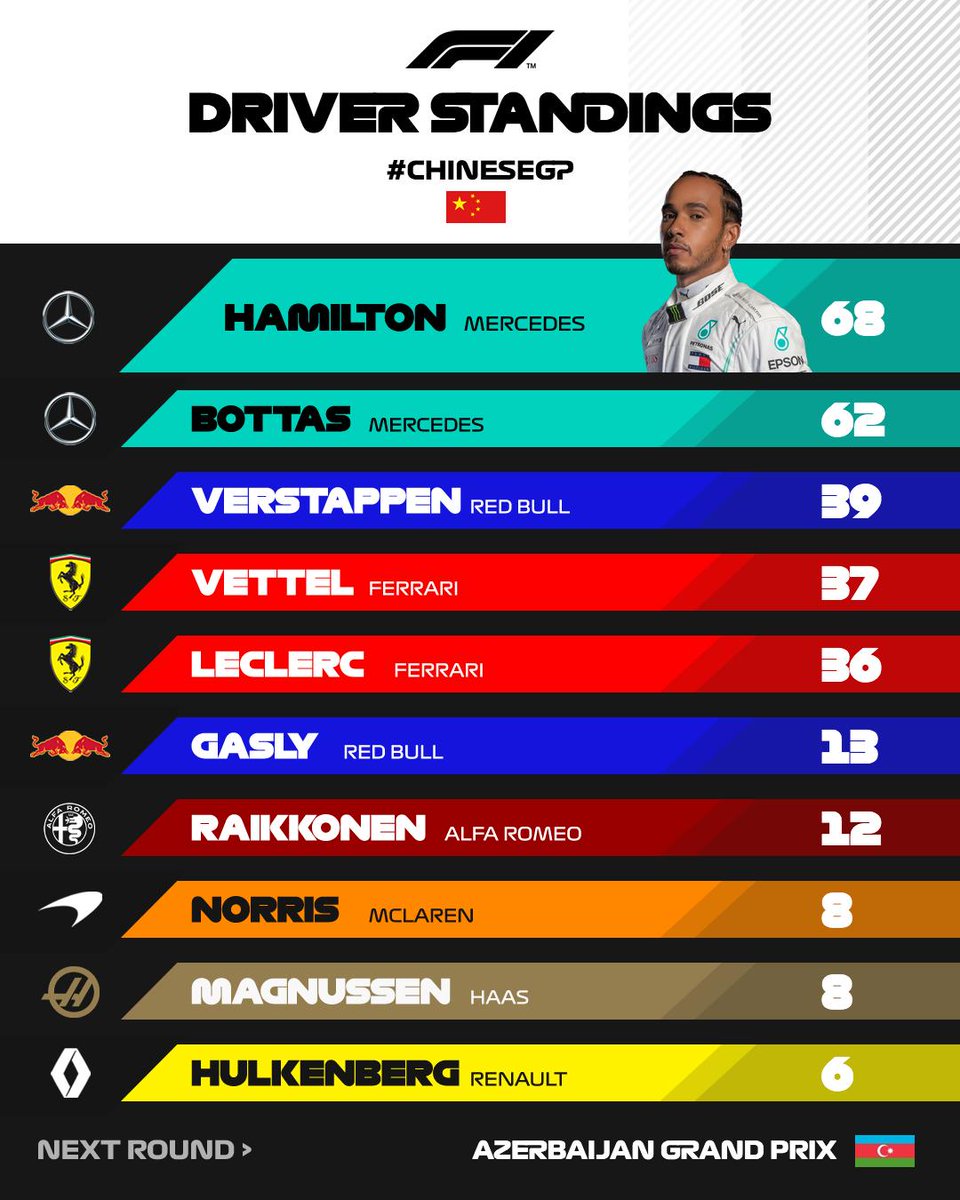 Raikkonen leads the ‘best of the rest’ standings by four points following the three flyaway races at the beginning of 2019 – and he’s achieved that despite not having the quickest midfield car at any of those events.

We’re seeing the best of Raikkonen, now that he’s free of all the politics and strange strategies at Ferrari. The 21-time Grand Prix winner is very much energising, leading and pushing the Alfa Romeo team forward.

He enjoys a good, no-nonsense relationship with team boss Frederic Vasseur and he’s thriving in an environment where he’s appreciated and respected. Even for the Iceman, that can help make him feel good. His attention to detail and dedication to the team was described by Vasseur last weekend.

It is a great approach, to be fully committed when he is at work and to release the pressure when you are outside of this system.

"He doesn't take it easy. He is fully dedicated, fully focused and he is pushing like hell on every single detail. You can ask the engineers. Nobody will consider that Kimi is on vacation!"

At 39, a lot of people would have been bemused and surprised that the 2007 World Champion decided to head to a team battling in the midfield. However, the first three races have shown that the Finnish star has still got huge levels of hunger and motivation to try and move the team forward – and do the best he can for himself, of course. He deserves a lot of credit and respect for this.

F1 | MotorLat Exclusive | Jarno Zaffelli, from marble tracks to Zandvoort: "This circuit has a playful spirit"