Following his debut with Minardi in 2001 at the Australian Grand Prix, Fernando Alonso’s final race (possibly for now) will be in late November at the Abu Dhabi Grand Prix. Since his maiden race at Albert Park 17 years ago, he’s gone on to become a massively successful driver – and also one of the best and most popular in the long history of this category.

This has been a big trait of Alonso’s throughout his career. There have always been some small question marks about his qualifying speed (compared to the best in the history of the sport) – but on a Sunday afternoon, he’s almost always got the job done.

He has that very rare combination of speed, brilliant skill in wheel-to-wheel combat and having the spare brain capacity to understand who he’s up against in the race, even when he mightn’t be racing them directly. Only the greatest can do this.

In the Pirelli era, we’ve seen him on multiple occasions look after the tyres in the early stages of a stint and then hound the driver later in the race – and usually comes out on top, too.

His overtaking and racing instinct on the opening laps of a Grand Prix is something all the other drivers must envy. How many times have we’ve seen him gain places on the first lap with some stunning moves? 4th to 1st at the start of the 2011 Spanish Grand Prix and the stunning moves on Hamilton and Raikkonen around the outside of T3 at the same GP two years later are two of many examples.

Alonso’s car control is something that makes him stand out as well. Some of the saves he’s made in his career are barely believable. His extraordinary save at turn 3 in tricky conditions during the 2012 Brazilian Grand Prix is probably the one that is remembered most.

If like me, you started watching F1 in the late 1990s, you’ll remember well how Michael Schumacher and Ferrari totally dominated the series and claimed five straight drivers’ titles from ‘00-’04 and six consecutive teams’ championships from ‘99-’04.

Alonso or Raikkonen looked the most likely of the young guns to be the first to stop Schumacher’s run of titles and it was the Spanish driver who ultimately did it.

In 2005, Fernando and Renault stopped the streak. A brilliant start to the year saw him win two of the first three races – but his biggest test and best victory came at San Marino that season.

Schumacher had a much faster car on race day and pressurized Alonso for the final 15 laps. Yet, the Spaniard didn’t flinch and made no mistakes to take a magnificent win. It showed he was ready to win the championship – and he would go on to claim it at the Brazilian Grand Prix later that year.

2006 really told us a lot about the quality of Alonso, though. This was the year he was in a straight fight with Schumacher for the title. After having a 25-point lead at one stage, Alonso saw his lead evaporate to nothing by the penultimate round of the reason in at Suzuka as Schumacher and Ferrari came roaring back in the second half of the year.

Nonetheless, Alonso won the championship. Schumacher’s engine failure at Suzuka combined with his win all but sealed it. He wrapped it up at the final round in Brazil and took a second drivers’ crown in a row.

To beat Michael Schumacher in a head-to-head in a race for a win or a championship is something very few drivers have done. Fernando Alonso has managed to do both of these things.

Single-handedly growing the sport in Spain

Before Alonso burst on to the scene in 2001, the attendance at the Spanish Grand Prix was certainly a long way from full attendance as fans in Spain were far interested in motorcycle racing thanks to a much more successful time for Spanish athletes in that category.

Things all changed since 2003 though. As soon as Fernando started getting pole positions and victories, the crowds flocked in. There would be an incredible atmosphere when Alonso finished in 2nd that year.

The attendance got bigger and bigger as Alonso started to challenge for and win championships in 2005 and 2006. His win at the Circuit de Catalunya in ‘06 generated wild celebrations and incredible memories for him and his fans. He repeated the feat with an emotional victory six years later at Valencia and in 2013 at Catalunya again.

Alonso’s popularity in Spain is quite remarkable and he’s completely captured the hearts of many Spaniards over the last 17 years by taking two championships and 32 wins. He’s single-handedly made Formula One relevant and popular in Spain and that’s an astonishing thing for an athlete to do.

Crowd figures have dropped in recent years because he’s had no chance of winning races – and you can expect TV viewing figures to nosedive when he departs F1 in November.

Yet, he’ll always be remembered for growing the sport in Spain and becoming the first Spanish F1 world champion. As messages poured in yesterday, those included some from MotoGP riders Marc Marquez and Jorge Lorenzo. It shows how much Fernando is respected by his fellow Spanish world champion racers and what a massive hero he is throughout Spain too.

This is a common phrase commentators and journalists in the paddock use to describe what the special drivers can do with a bad, slow car and it totally fits for Fernando Alonso.

Throughout his long career in F1, the Spaniard has gone this. His greatest period was probably at Ferrari when he never had the fastest car in his five-year spell with the Italian giants.

A few examples are races like Japan 2011, Malaysia 2012, Valencia 2012 and China 2014. In all those races he either won or finished in the top 3 and in all of those events, he had no right to do that. His outstanding ability to drag the absolute maximum and more out of himself and the package is something only the very best can do. Not only one year, but year in, year out.

He so nearly stole championships in 2010 and 2012 in a car that was far from the quickest. His level of driving in those years was comfortably above the other drivers.

He could have easily lost motivation and energy from 2015 onwards because of the disastrous times involving McLaren Honda and a general lack of pace this year, but he hasn’t.

Fernando has been giving it everything he has and has far more points on the board than he should have considering the car he’s got at his disposal. The Spaniard is still at the top of his game at present. Current team-mate Stoffel Vandoorne hasn’t beaten him in qualifying since the 2017 Malaysian Grand Prix.

There have been so many times when he’s finished a race over half a minute ahead of his team-mate and considering how much data and set-up sharing there is in modern F1, it shows the absolute quality of Alonso’s driving and what a very special talent we’ve witnessed in the last 17 years.

Alonso will go down as one of the all-time greats, there are absolutely no doubts about that.

He’s only ever finished behind a team-mate once in the standings, a certain guy going by the name of Lewis Hamilton. Even then, they tied on 109 points each after a tumultuous season within the McLaren team. The politics of that season means he’s no longer sought after by the top teams.

However, nothing can be taken away from what a superstar is. His ability on the track cannot be questioned. An outstanding driver who produced the goods time and time again.

Alonso’s massive trouncing of the vast majority of his stablemates is something very rare. Beating fellow World Champion Kimi Raikkonen by over 100 points in 2014 is the best example of it.

He’s a massive character and when he’s gone that will leave a gaping home in Formula One. The loss of him and a number of his vast legion of supporters shouldn’t be underestimated.

He’ll go down alongside the big legends of the sport like Schumacher, Senna, Prost, Fangio and others. His championship and win totals may not be as powerful as some of the aforementioned names – but on sheer ability on a Sunday afternoon, he sits right up there with them.

Of course, he could return. You never know. The lack of options has probably forced his hand – but if McLaren can improve, we may see him back in the F1 paddock at some stage.

For now, though, adios Fernando. 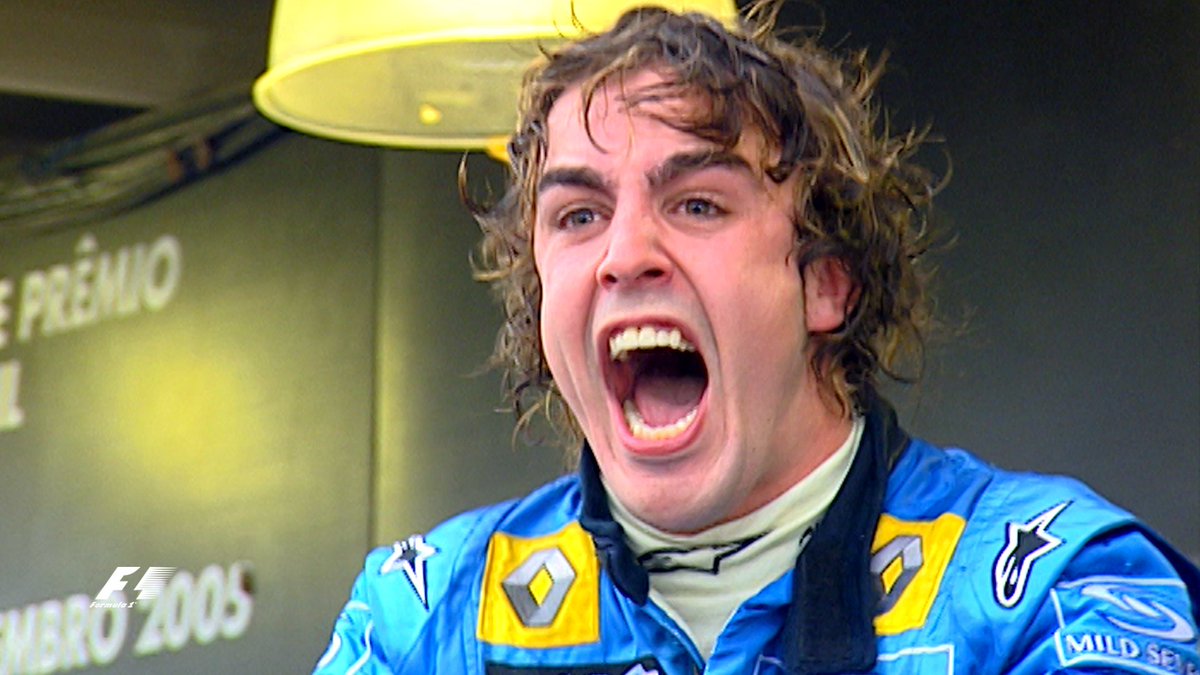