Ferrari have the quickest car in dry conditions

Wet/damp conditions at the previous two events in Germany and Hungary hid the reality of the current order in Formula One. Scuderia Ferrari clearly has the quickest package in the dry now and it was shown yesterday in Belgium.

Sebastian Vettel blasted by Lewis Hamilton on the opening lap down the Kemmel straight and eased away in the early stages to a 3s lead. After switching to the yellow marked tyres, the German had a comfortable pace advantage and took the win by over 10 seconds. A truly dominant victory.

Ferraris home race at Monza is this weekend. If it stays dry, Vettel will be the favourite to collect the win once again. The SF71H is now the benchmark car in 2018. 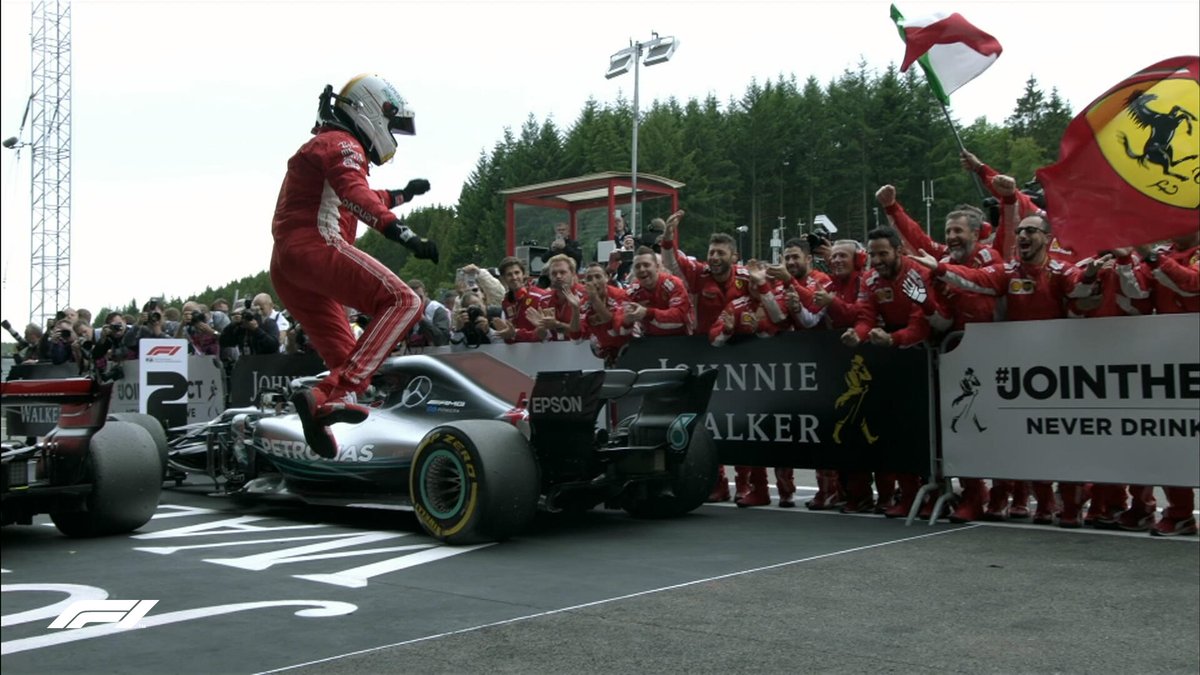 Following Force India’s administration, the team were forced into a name change for the rest of 2018 after Lawrence Stroll’s takeover. This meant they lost all the points they had accumulated in the previous 12 races and started from zero again in Belgium.

Yet, they bounced back magnificently at Spa. They qualified a brilliant 3rd and 4th in a wet Q3 as they beat Raikkonen and the two Red Bulls to lock out the front row.

In the race, they were the quickest of the midfield cars and deservedly finished in 5th and 6th. Both Ocon and Perez almost took the lead on the opening lap also as they got either side of Vettel and Hamilton on the Kemmel straight.

A superb haul of 18 points and it means they’ve already jumped ahead of Williams in the teams’ standings. After a tough few weeks, this was a wonderful conclusion for a great team. 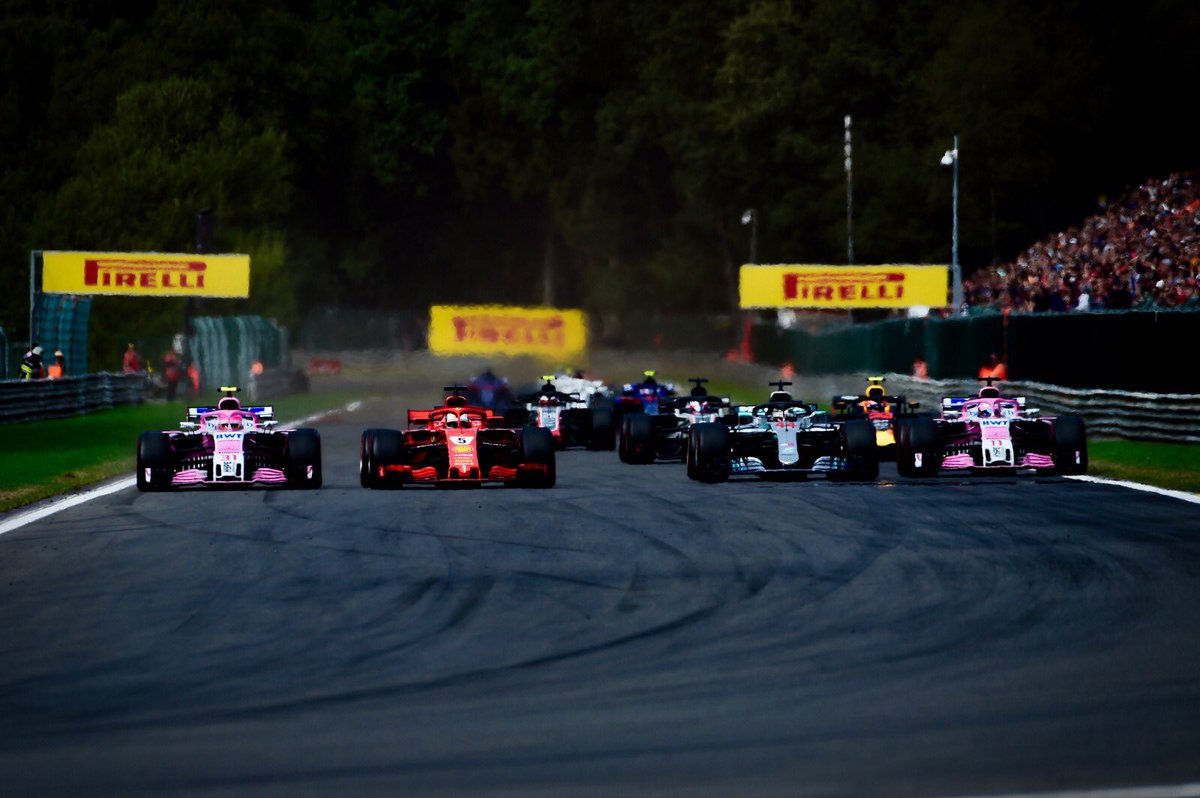 There were some excellent drives from the midfield and backmarker runners last weekend.

Sergio Perez qualified 0.043s behind team-mate Esteban Ocon – but Perez set his time when the track wasn’t in as good a condition as it was when Ocon crossed the line right at the end of the session. Checo overtook his stablemate on the first lap of the race and pulled away from him throughout the race, ending up 8.5s in front at the finish. A really good weekend for the underrated Mexican.

Another top effort came from Williams’ Sergey Sirotkin. He beat Stroll in qualifying by just over a tenth to make it 8-5 in the head-to-head on a Saturday afternoon in his favour. Despite getting nerfed into T1 by Bottas at the start, the Russian survived and gained five places on lap 1 to run P10. He overtook Ericsson at the restart to gain another spot and ran P9. However, a lack of speed from his machinery saw him drop down the order to finish 12th, a place and 2.2s ahead of Stroll. One of Sirotkin’s strongest showings in his short time in F1 so far.

What’s going on with Valtteri Bottas at the moment? The Finn’s driving was pretty poor in Hungary and it was the same story again in Belgium.

In FP3, he was cruising on the racing line as Stoffel Vandoorne was coming at full speed on the Kemmel straight. The Belgian had to take avoiding action and crashed out of FP3. Bottas got away with a reprimand.

Yesterday, he hit Sirotkin at the beginning of the race and it damaged his front wing. The other incident saved him from paying a bigger following a clumsy piece of driving. He received a 5s penalty and two points on his licence.

Bottas has been involved in four incidents in the last two events and needs to clean up his act quickly before a reputation starts to build. 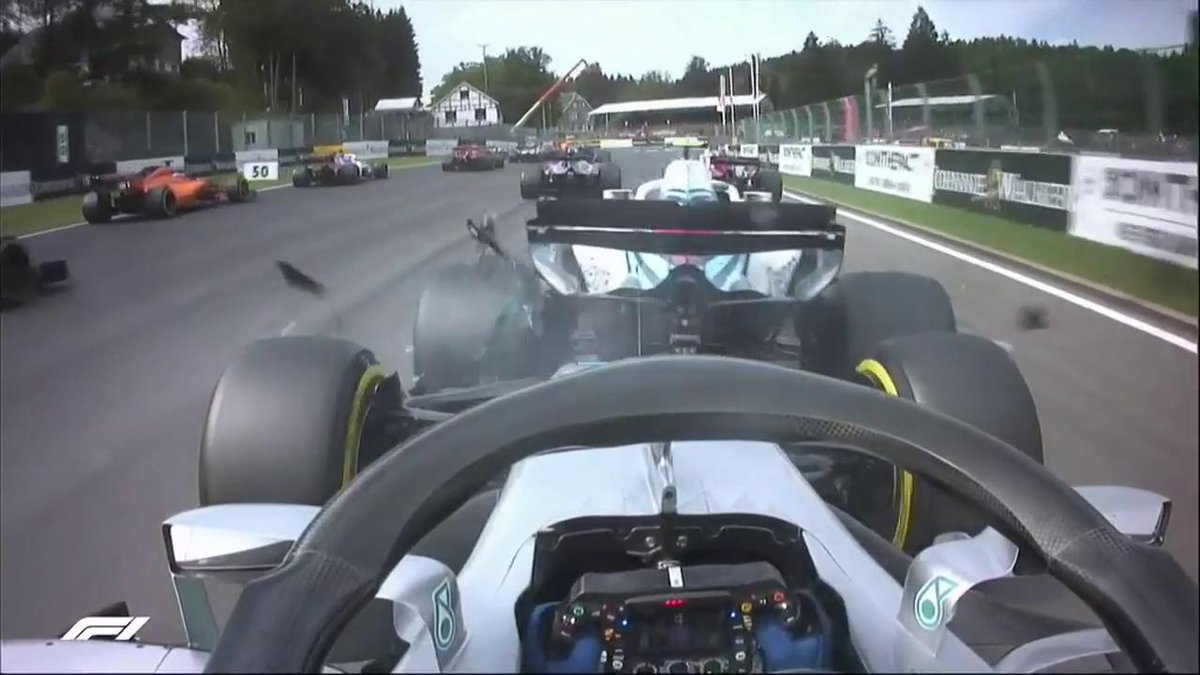 Clearly, the biggest moment from Belgium was the scary first lap incident that involved Hulkenberg, Alonso and Leclerc.

Hulkenberg braked way too late heading down towards turn one, massively locked up both front tyres and went into the back of Alonso. The Spaniard got airborne and went over Charles Leclerc’s car. Thankfully, the halo on the Sauber deflected the McLaren away from Leclerc’s cockpit and both men walked away intact. It was eerily similar to the start of the 2012 race.

Crucially, the halo did its job and proved that Jean Todt and the FIA made the correct call to implement it in Formula One. It could well have saved Leclerc from serious injuries or even saved his life. This was a massive test for the halo and it passed with flying colours.

Formula One is safer than it has ever been – but yesterday is a reminder that the drivers and safety should never be taken for granted. 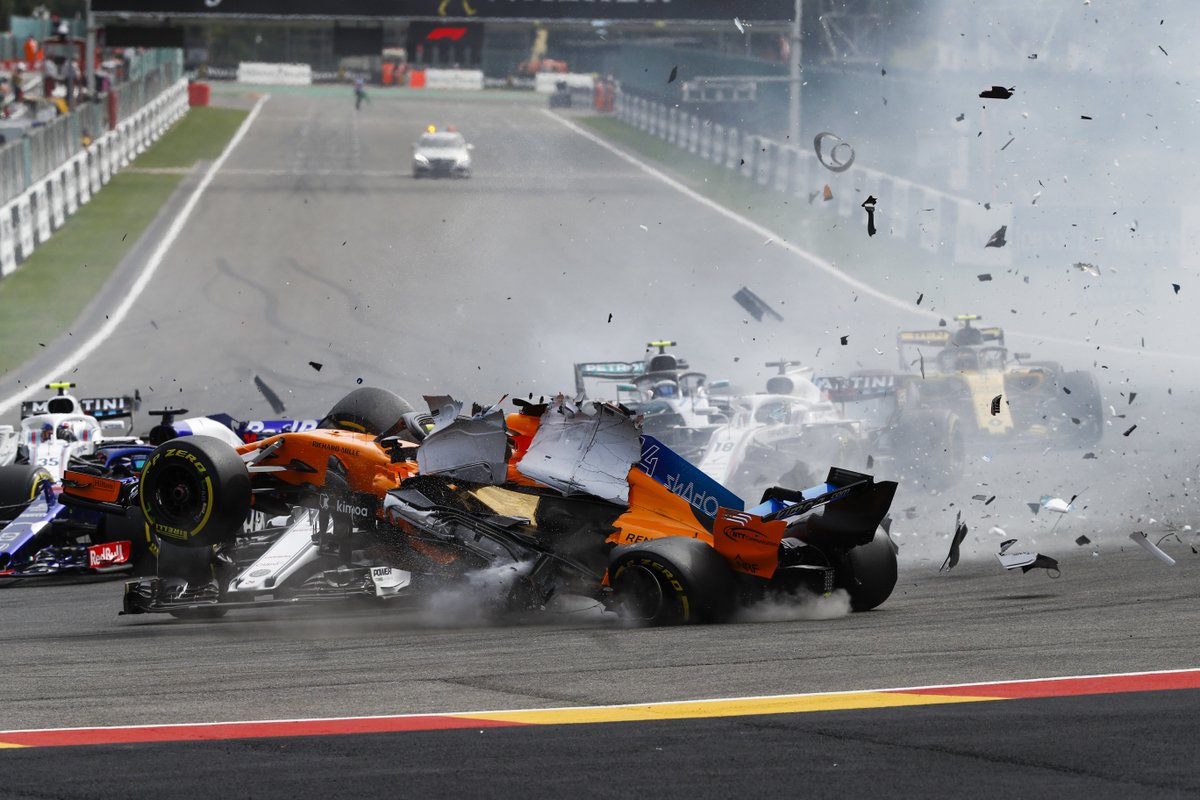