Lewis Hamilton has won six of the first eight races of the year of 2019 after Sunday's French Grand Prix and came second in the other two after Bottas. The Mercedes driver could equal Michael Schumacher's record haul of 91 wins in the Brazilian Grand Prix and might overtake him at Abu Dhabi Grand Prix if he keeps the same momentum.

The Brit is unbeatable, he’s the fastest, the quickest and the speediest driver in the grid with no mistakes. Hamilton gain 79 career wins to add it to his impressive tally and with only 12 races remaining, the boy from Stevenage has a mathematical chance of celebrating win No. 92 in Abu Dhabi this season only if he crashes his rivals just how Schumacher did in Golden days.

Anyway, the Brit awaits to obliterate more records nowadays as he already surpassed the great Michael Schumacher's pole position tally in Monaco GP 2019 by taking his 59th for Mercedes. That's the most poles any driver has had with a single team, surpassing Schumacher’s 58 for Ferrari. apparently, he's on the road to the 6th world champion title.

“I definitely didn’t expect to have six wins at this point and it doesn’t feel real,” said Hamilton.
“It’s crazy to think that we are where we are right now,” he added after the French GP.

Four-time champion Sebastian Vettel nor Lewis Hamilton were not made their F1 debuts back then when Schumacher secured his seventh and final world drivers' title in 2004 in Spa in the Jubilee 700th race for Ferrari. However, that time was when Juan Manuel Fangio's previous record of five titles halt for 46 years until Schumacher surpass the Argentine.

In the history of the sport, No driver of the sport dating back to 1950 has won more than 13 races in a season or conjured up a run of more than nine triumphs in a row. France was Hamilton’s fourth without break. And, in addition, No team has won more than 11 in a row in the modern era. Mercedes are on their 10 without disturbing since the Brazilian GP 2018.


For Mercedes F1 boss Toto Wolff, though, it is "about creating an environment in which he can perform at his best".

"In general, in the UK, Lewis is not recognized how he should be recognized," Wolff said.

"One day he will stop his career with multiple records and people will say he was the greatest driver on the planet and we were witnesses on that journey” he added. 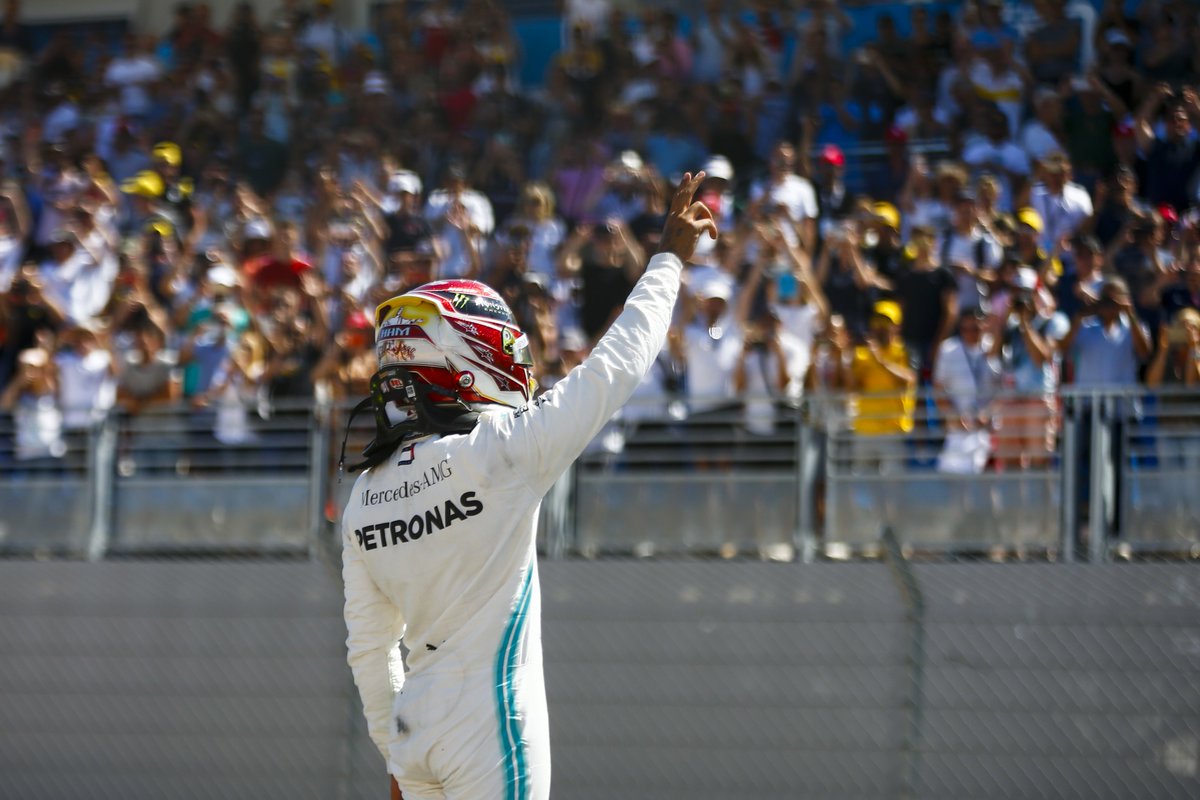