Following the announcement that Formula 1 had agreed a deal with the Circuit de Catalunya on Tuesday, a provisional calendar was released today.

The two additions to the schedule appear early

Vietnam and Zandvoort join the F1 calendar in 2020 and both races will take place in the early part of next year.

Vietnam is pencilled in for Round 3, after Australia and Bahrain. Zandvoort will host Round 5 of the championship. It will be the first time since 1985 that the Dutch venue will host a Grand Prix; you can expect to see massive support for home hero Max Verstappen.

Despite thrilling races at Hockenheim in 2018 and 2019, the German venue has fallen off the calendar once again – and it’s likely to remain that way for the foreseeable future. 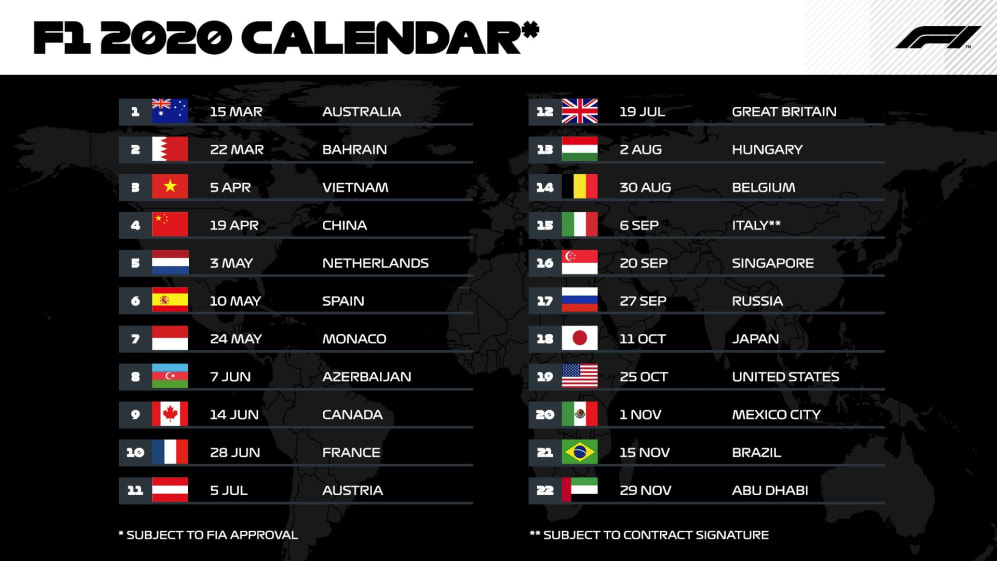