It was a Sunday to forget for Charles Leclerc as the young Monegasque driver had a torrid time.

For the first time since Canada, he was outqualified by Sebastian Vettel as Vettel had a small but critical pace advantage throughout qualifying on Sunday morning.

The race was a disaster for the 21-year-old. He got a terrible start and found himself in P4 heading into T1, but on the inside of Verstappen.  Leclerc then made contact with the Dutchman into T2, sending his rival off the track. The incident was his fault as Verstappen had left him plenty of room on the inside of the corner.

He picked up sizeable front wing damage following the collision and was forced to box at the end of lap 3. Leclerc did charge back through the pack to come home in P6, which included some very nice overtakes.

However, two post-race penalties for contact with Verstappen (5 seconds) and driving with a damaged car on the circuit (10 seconds) for 3 laps saw him drop to P7. 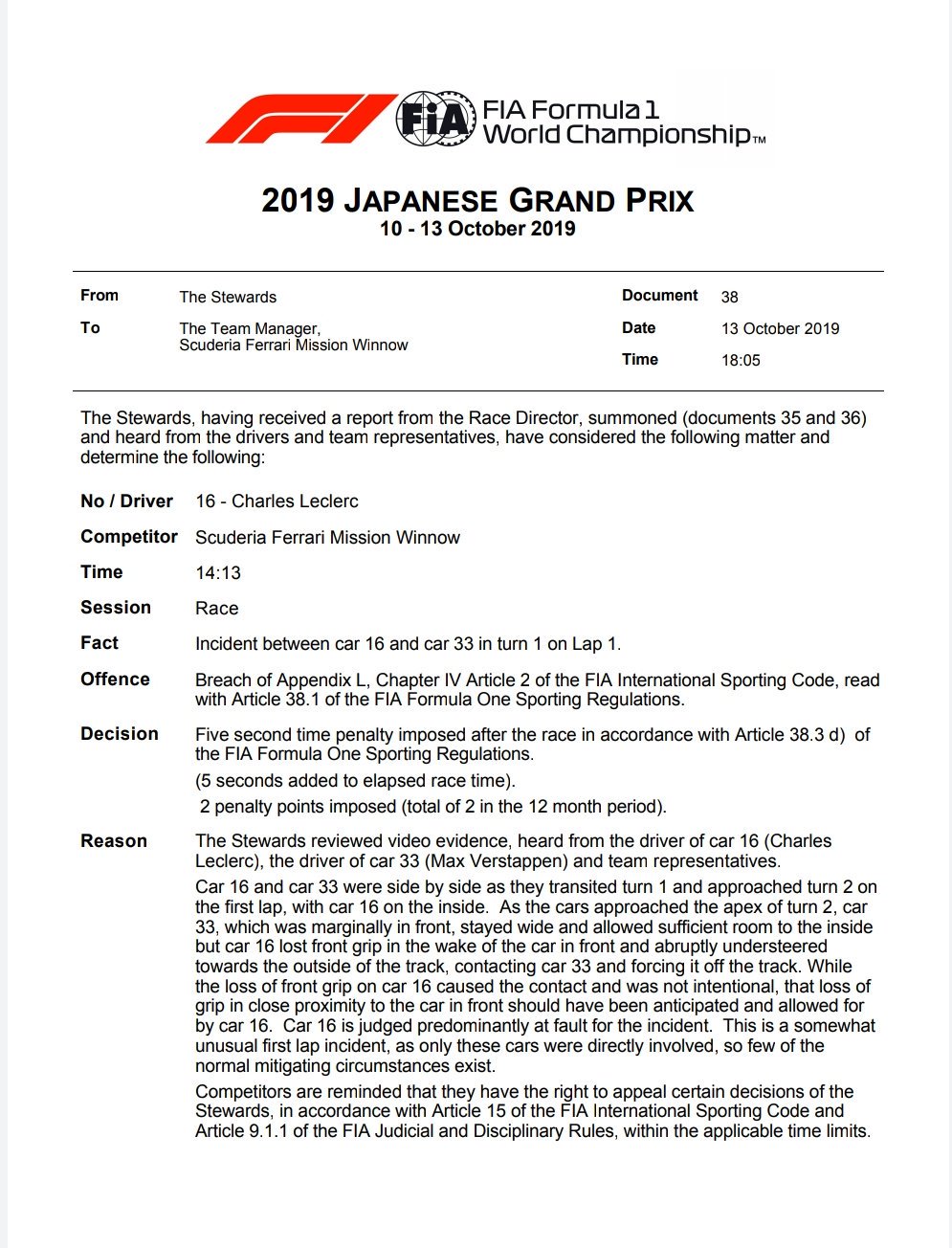 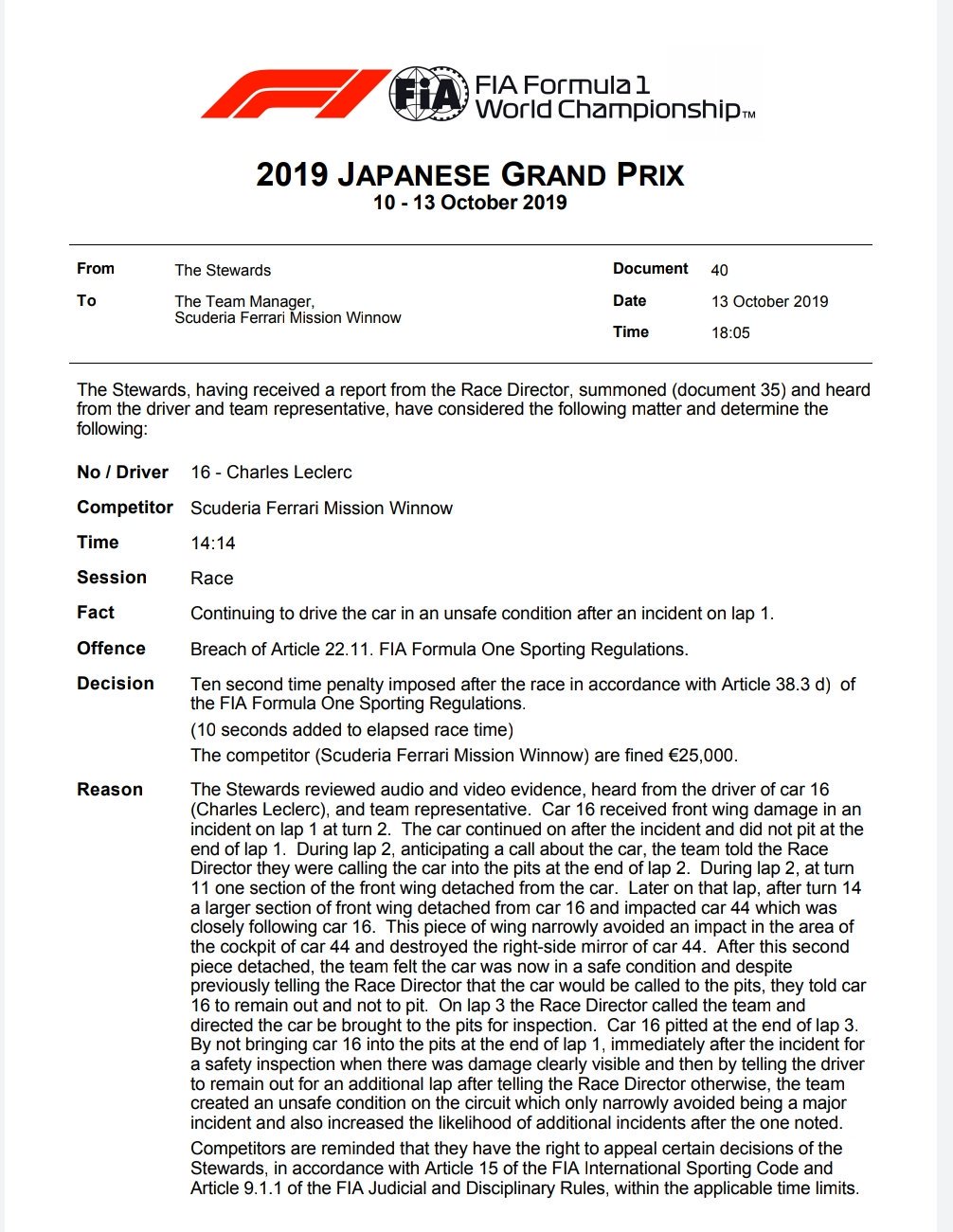 “It was a tough race. I made a mistake at the start and made contact with Max (Verstappen) in turn 1, which unfortunately compromised both our races and my front wing was damaged.
I tried to make the best of it going forward. After the first stop, when my front wing was changed, I gave it my all. I tried to make up as many positions as possible. Although it was quite fun to overtake other cars and fight my way up the field, P6 is not our target or a result we are satisfied with. It was a different weekend overall, and I look forward to the opportunity of bringing home better results once again at the upcoming races.”

My mistake in Turn 1. It ruined Max's race and put ourself in a bad position for the remaining of the race.
Mexico next 🇲🇽
📸: @F1Gregory pic.twitter.com/BfncHTkk0Y

F1 | Spanish GP | Leclerc Attributes His Success To A Change In Strategy, As He And Ferrari Finish The First Day of Spain Strong

F1| Annoyance in Leclerc's words after qualifying in Portimao: "I was just not consistent"