After a superb opening lap in Q3, Max Verstappen headed the field by over a tenth of a second from Charles Leclerc. Valtteri Bottas’ heavy crash at the end of Q3 should have seen him remain on pole as all the main contenders were behind the Finn on track.

However, there was a twist. Verstappen improved his final sector and time whilst passing the Finn’s crashed car. Initially, the FIA didn’t investigate it but changed their minds and Verstappen got hit with a 3-place grid penalty.

The Dutchman had admitted in the top-3 post-qualifying press conference that he didn’t lift and will start from P4 on the grid tomorrow.

Charles Leclerc inherits pole position; that’s now 7 poles this year for the 22-year-old. Sebastian Vettel and Lewis Hamilton also gain spots and will start P2 and P3 on the grid. 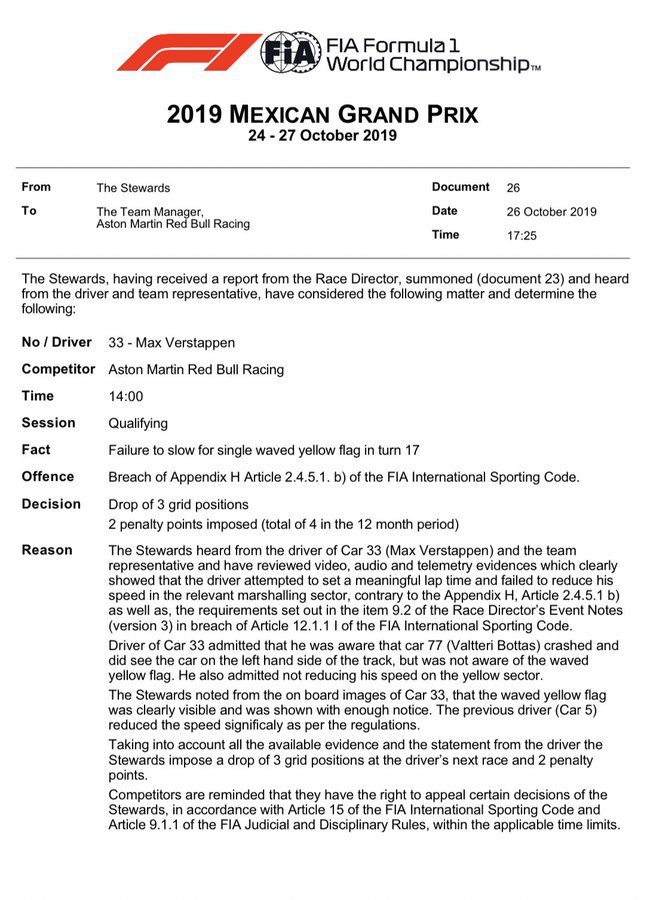 BREAKING: Max Verstappen has been given a three-place grid penalty for Sunday's race in Mexico, and has also received two penalty points

F1 | Lance Stroll talks about 'missed opportunities' during his 2020 season

F1 | Franz Tost on Gasly and Vettel being very similar