Following the massive high of his maiden Formula 1 podium last Sunday, it was a Friday to forget for Lando Norris in Austria.

The Brit picked up a 3-place grid penalty for Sunday’s race after overtaking Pierre Gasly in a yellow flag zone as marshals were pushing away the stricken Williams of Nicholas Latifi during FP1. Norris owned up to his mistake.

“It’s my mistake to be honest,” said Norris speaking to Sky. “I was on a push lap, both of these guys were on an out-lap or a cool lap.

“I slowed up for the yellow flag, which you’re meant to do, but I just continued to roll past the two other guys. It’s my mistake. [It was a] bit stupid of me.” 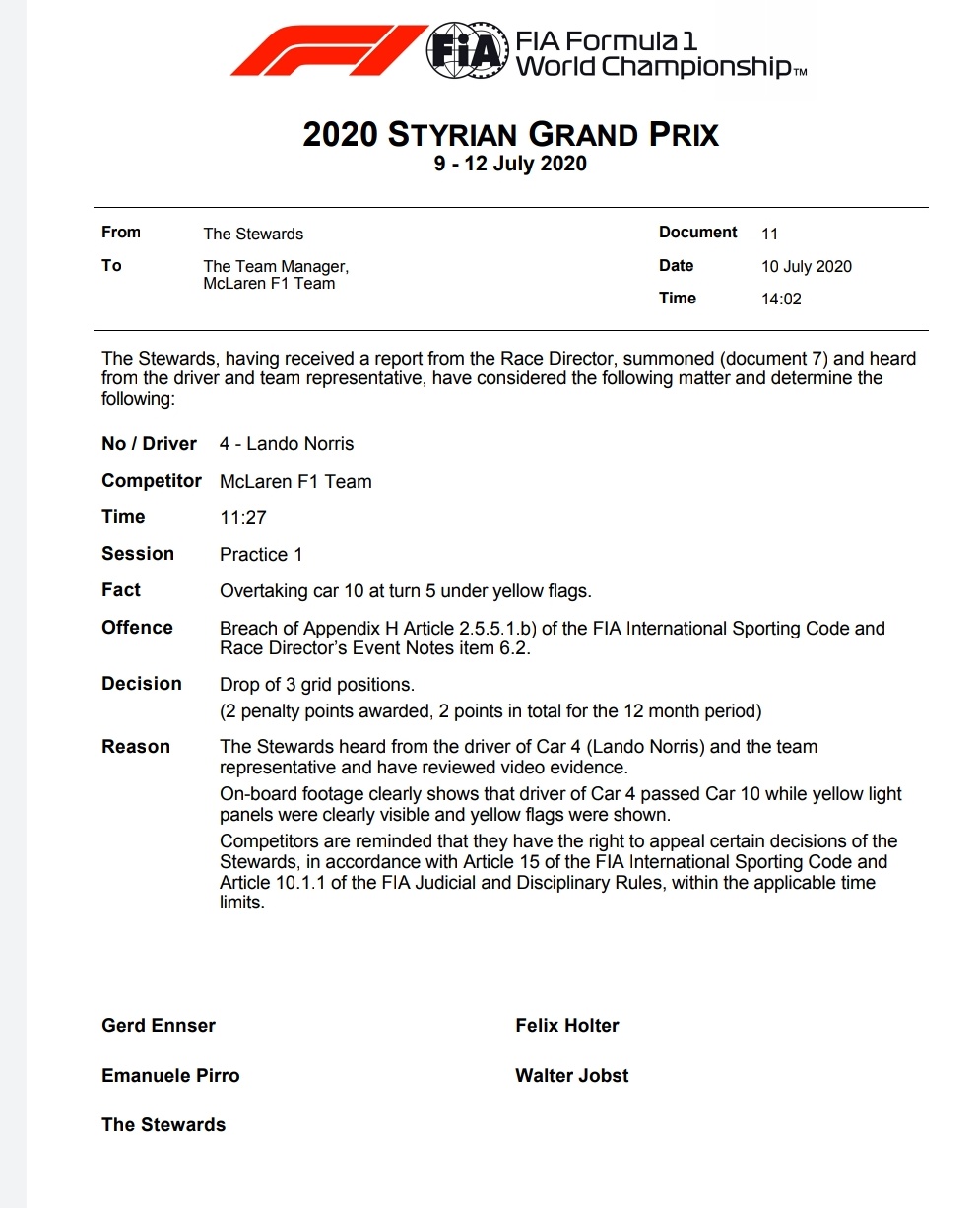 Norris’ day was also compromised as he felt in pain whilst driving during FP1 and FP2. It resulted him in completing 28 fewer laps in comparison to teammate Carlos Sainz.

“I feel fine now and walking around, but when I am driving it is something that causes me a lot of pain particularly in the high-speed corners and when I’m braking," said Norris. "So I have spoken to my specialist and he tried to figure it out, but it is not as obvious as just pointing it out.

“It’s just something, I don’t know where, in my chest or something. I hit the brakes, and the compression, it spikes up massively, so I’m just afraid to brake anywhere, which is not ideal around here.”

"I’ve been on pain killers and whatever, but it’s been setting me back a lot today. So pretty frustrating. I have not felt confident in the car in terms of pushing it, so hopefully I can get it fixed and be ready for the next one.”

“I’ve had to limit them [the number of laps he drove] quite a bit to make sure I’m in shape for tomorrow and Sunday, so not as smooth sailing as what last week was. I think I’m a bit on the back foot compared to laps and everything.”