Max Verstappen closed the gap on Lewis Hamilton in the World Championship after taking victory in the Belgium Grand Prix, but the Dutchman will only score half of his points after the race was ended with three laps completed turning race day into a washout.

The race, which was set to commence at 3 pm local time, was red-flagged after three formation laps, with the action being delayed by just under three hours as race control waited for the rain to ease.

Race control re-started the race behind the safety car, but after three slow laps, the race was red-flagged again and wasn’t restarted, making the 2021 Belgium Grand Prix the shortest Grand Prix ever to be run.

Spa’s typically unpredictable weather had produced yet another mixed grid with the heavy rain, which had turned qualifying into a tricky affair returning on race day.

Verstappen was on pole position after mastering the filthy conditions to take pole position on his final run, with the Dutchman joined on the front row by George Russell who produced a scintillating last run in Q3 to put his Williams second on the grid.

Hamilton was third on the grid alongside McLaren’s Daniel Ricciardo, with Sebastian Vettel and Pierre Gasly on row 3 ahead of Sergio Perez and Hungarian Grand Prix winner Esteban Ocon.

Lando Norris was cleared to start the race from 15th on the grid despite suffering a horrific shunt at Eau Rouge in the final part of qualifying, whilst Valtteri Bottas would have plenty of work to do from 13th on the grid.

Kimi Raikkonen’s tough weekend continued with the Finn being required to start from the pitlane after he made changes to the car under parc ferme conditions.

But Red Bull’s race was hampered before the start as Perez went too hot into Les Combes and slammed into the barrier, wrecking the car's right front suspension and eliminating the Mexican on the spot.

With conditions still soaking wet just minutes before the start, race control decided to have the formation lap behind the safety car,  with the start of the race subsequently being delayed by 25 minutes.

But despite the field completing three formation laps, the rain increased, and the start procedure was suspended with the red flag being brought out, forcing the field to cruise into the pitlane and to get out of their cars.

All the drivers have returned to the pits #BelgianGP 🇧🇪 #F1 pic.twitter.com/E4mZWX3lf6

During this long delay, Red Bull got to work and frantically began repair work on Perez’s car with FIA race director Michael Masi allowing Perez to start the race from the pitlane if the team could get the car ready.

Against all odds, Red Bull’s mechanics repaired Perez’s car in time for a potential restart, with the team’s mechanics producing a herculean effort to get the repairs done in just over an hour.

As the field crawled around the circuit with lap times taking as long as three minutes, the spray continued to get worse, and the red flag was brought out again after just three laps of racing, with over 50 minutes left on the clock.

The session wasn’t restarted, giving Verstappen the victory ahead of Russell, who secured Williams’s first podium since the 2017 Azerbaijan Grand Prix with Hamilton third for Mercedes.

Ricciardo scored his best result of the season in fourth ahead of Vettel and Gasly, with Ocon, Charles Leclerc, Nicholas Latifi and Carlos Sainz Jr rounding off the top 10. 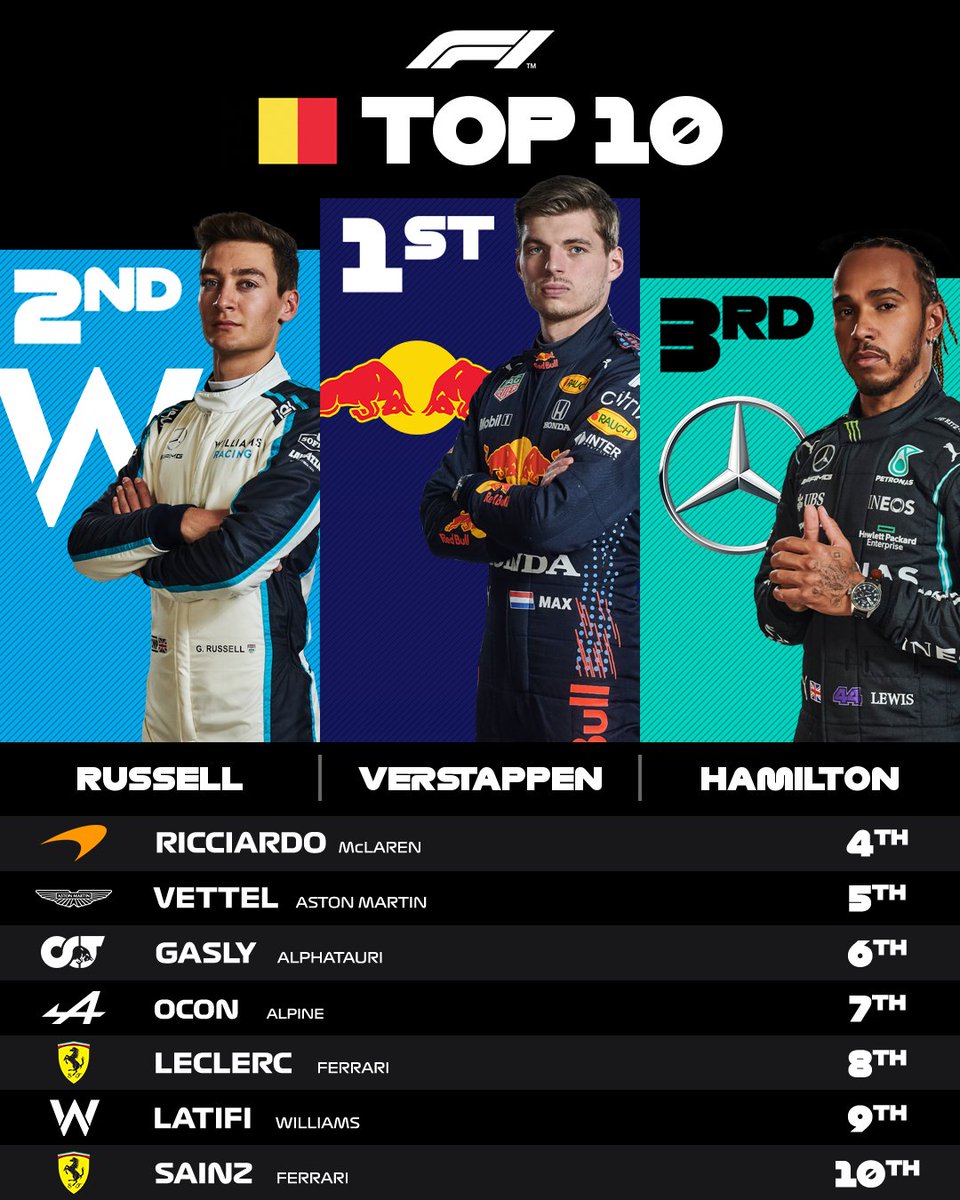 F1 | Horner: "We’ve had firmly a target on our back off track this year, we're not a political organisation"