It is no secret that Sebastian Vettel cares deeply about climate change and he has always shown his support to the cause.

The last episode of the four-time world champion fighting for raising awareness against environmental pollution occurred last week at the Canadian GP. For the Montreal GP, the driver has been photographed wearing a t-shirt with a picture of a pipeline with “Stop Mining Tar Sands” at the top and “Canada’s Climate Crime” drawn along the bottom.

"I think what happens in Alberta is a crime because you chop down a lot of trees and you basically destroy the place just to extract oil and the manner of doing it with the tar sands, mining oil sands, is horrible for nature,”  Vettel told the reporters on Friday.

The German has also worn a helmet specifically designed for the occasion, which said ‘STOP MINING TAR SANDS’ and ‘CANADA’S CLIMATE CRISIS’. 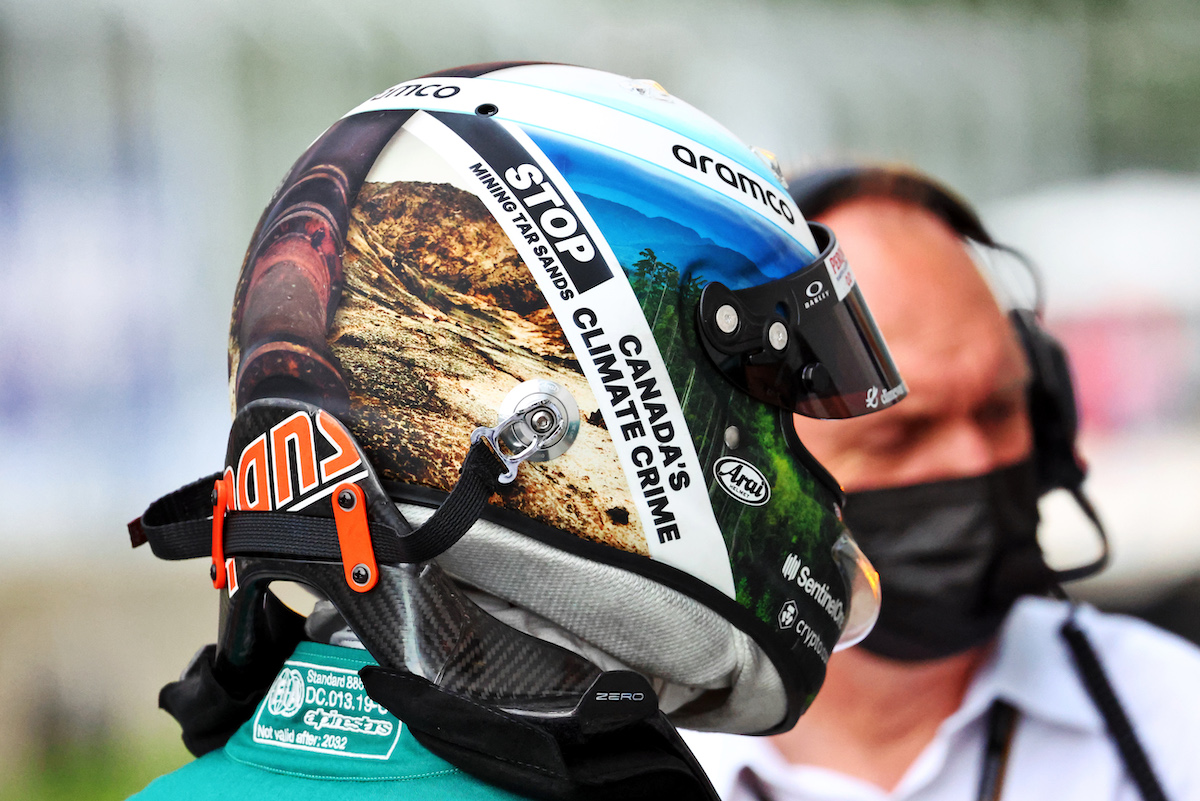 Alberta minister for energy, Sonya Savage, has openly called Vettel a hypocrite over his protest. She said that a Formula One driver, whose team is sponsored by an oil company – reportedly, the world’s biggest polluter, shouldn’t be complaining.

“I have seen a lot of hypocrisy over the years, but this one takes the cake,” she tweeted. “A race car driver sponsored by Aston Martin, with financing from Saudi Aramco, complaining about the oilsands. Saudi Aramco has the largest daily oil production of all companies in the world”.

I have seen a lot of hypocrisy over the years, but this one takes the cake. A race car driver sponsored by Aston Martin, with financing from Saudi Aramco, complaining about the oilsands. 1/3 #ableg https://t.co/8gaMl7JeFj

Vettel agreed with the politician and, during the post-race interview, he said "yes, I am hypocritical". But he said such personal attacks risk missing the “bigger picture” of the climate crisis.

“Yes, I am a hypocrite doing what I do for a living or doing what I love. We all have different passions, this is the way I sort of paint my canvas.”

Then, he went on by saying: “There are solutions for the future to make it more sustainable and not rely on fossil fuels and the future, in that regard, looks exciting,

“I think it’s disappointing that we break it down to a personal level and miss to look at the bigger picture.

“What’s really important is the message that we need to make the switch and get out of fossil [fuels] and start to base our whole lifestyle on renewables. So I think that’s the bigger picture stuff that I’m trying to address.”

As far as the race was concerned, Sebastian Vettel was very frustrated. After a positive weekend – he finished in the top-ten throughout all FP sessions – he couldn’t make it to Q1. Then, during the GP, he pitted just before the virtual safety car, thus losing several positions.

“It just was not our day. We made an early stop to find some clear air, but then the Virtual Safety Cars came along at the wrong time,” said Vettel.

“That really compromised my race. In the end, I was on a very old rubber, and I tried to hang on, but it did not work out. Lance was on fresher tyres, and the team asked me to let him pass to attack Daniel, which I was happy to do.

“The result was frustrating – we had shown good pace this weekend and could have had a better result, but sometimes things do not go your way. Today felt like one of those days. Well done to the team for all their hard work and to Lance for scoring a point today."

F1 | Wolff on Audi joining the grid: "Whoever joins as the 11th team, whoever gets an entry, needs to demonstrate how creative they can be for the business."

F1 | Szafnauer: "Going to the High Court is over 90% certain that's what we'll do" as Piastri contract saga rumbles on

F1 | Special | When Monza got cancelled for 72 hours