Kimi Raikkonen in his Ferrari was the first driver to post a fast lap in the session on a 1:12.931. The Finn lowered his benchmark to a 1:12.359; but that was beaten by stablemate Vettel by a tenth not long after.

Stoffel Vandoorne had a huge double lock-up of his front tyres as he ended down the escape road at T3 early in the session. He managed to get out of it and continue on.

On the second runs, the Ferraris traded times once again. Raikkonen went P1 on a 1:11.763 before Vettel responded with a 1:11.648. The Finn went faster on his second push lap but stayed P2 – just 0.002 slower than his stablemate.

Ultimately, however, Max Verstappen ended the final practice session on top. A 1:11.599 narrowly put him ahead of Vettel. The top 4 of Verstappen, Vettel, Raikkonen and Hamilton were covered by only 0.107s. Ricciardo and Bottas rounded out the top 6.

After multiple incidents yesterday, the drivers all had clean sessions ahead of qualifying in a couple of hours. 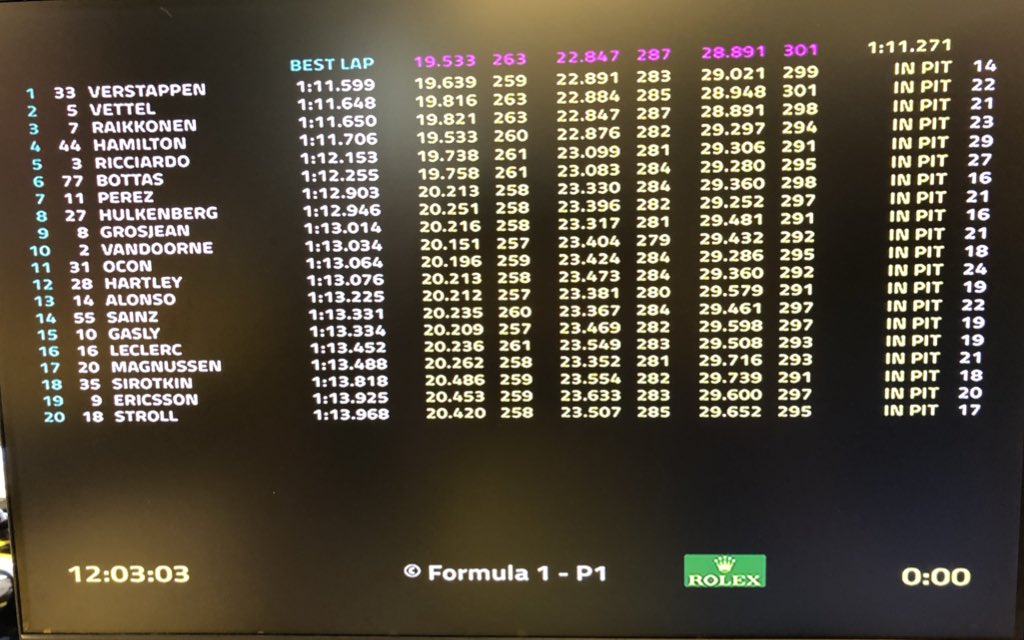