Honda has never been out of the frame of the highest class of open-wheeled auto racing, Formula One. Wheather as a racing team or as an engine supplier, its heritage runs deep into the sport. Moreover, the Japanese engine has made promising young drivers' dreams to come true, also for some teams like that team of the caliber of Mclaren, the second oldest active Formula 1 team until today.

However, Honda has successfully marked their first entry as an F1 team in 1964. Thus Honda built their own engine and chassis, something only Ferrari and British Racing Motor back these days.

Over the years, they made its World Championship debut with Spirit's Swedish driver Stefan Johansson at the 1983 British Grand Prix at Silverstone. Amazingly, It supplied its engines to 6 consecutive constructor champions (2 with Williams 1986–87 and 4 with McLaren 1988–91), as well as 5 consecutive driver championships (1 by Nelson Piquet in 1987, 3 by Ayrton Senna in 1988, 1990 and 1991, and 1 by Alain Prost in 1989). In an interview made with Briton driver Nigel Mansell who drove Williams-Honda from1985 to 1987 said that Honda was making and developing 4 to 6 totally different engines in a single season.

In the last decade, Honda returning again to Formula One as an engine supplier in 2015, the Japanese supplier is to resuscitate their relationship with partner Mclaren and rekindle the glory days of the Eighties again until it failed to succeed.

The two-time world champion, Fernando Alonso has commented in team radio of the Honda engine: "I've never raced with less power in my life" at the Bahrain Grand Prix and kept criticising its performances, obviously, the engine let him down after Hasegawa (Honda engine chief) admitted that Honda had thought that it would be "easy" to develop the engine technology to catch its rivals (Mercedes) in 2017.

The unbelievable poor performance of the powerless Honda engine left McLaren-Honda at the bottom of the Constructors' Championship with 0 points. Meanwhile the weekend of the 2017 Monaco Grand Prix, Alonso raced at the Indianapolis 500 where the Honda engine in his car failed but not with the actual Indy 500 winner Takuma Sato's Honda-powered race car.


With a new promising from Honda, in September 2017, Toro Rosso has declared to be a partner with the Japanese supplier in 2018 F1 season announcing that the goal was to make Toro Rosso one of the top three teams in 2018. Surprisingly, French racer, Pierre Gasly gave Honda its best result since it returned to F1 in 2015 when he finished fourth in the second race of the season (Bahrain GP) as his teammate Brendon Hartley has described it that Bahrain produced "a perfect storm" for Honda.

Two days ago, Honda to partner with RedBull as boss Christian Horner described his team's decision to end a 12-year relationship with Renault in favor of parting with Honda on two-year engine deal from 2019.

Here is the first Honda racing car in F1 history. The Honda RA271 of 1962 which was developed as an F1 racing car with V12 engine, and the first to actually enter a race which was driven by American driver Ronnie Bucknum in three races during 1964. 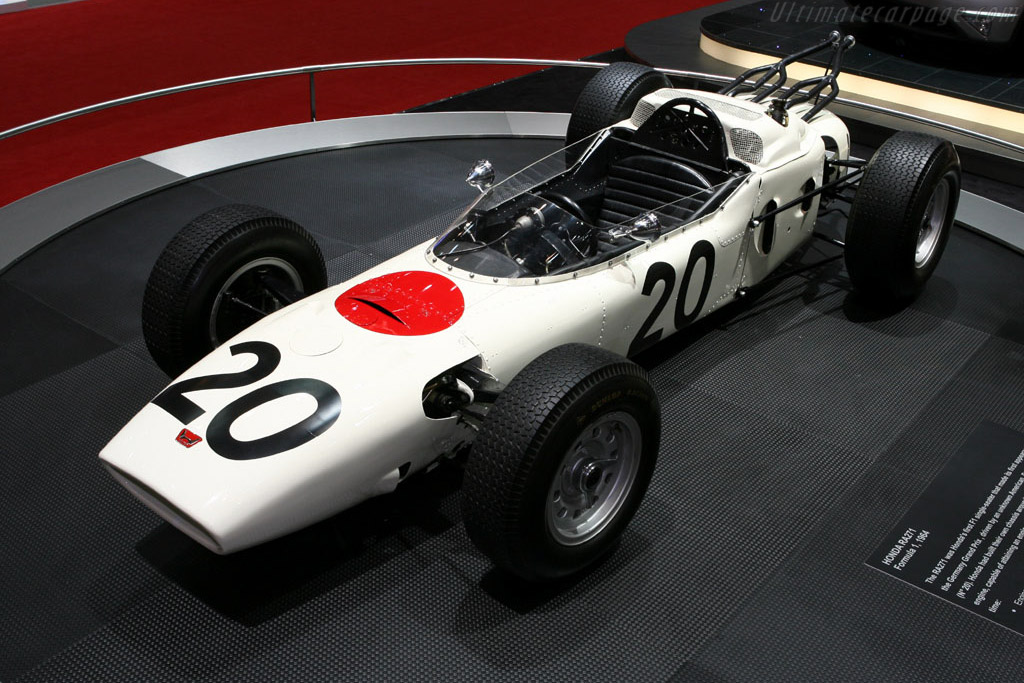