Sebastian Vettel led the Red Bulls and teammate Kimi Raikkonen in FP2 ahead of qualifying tomorrow.

Vettel went quickest before the Mercedes’ demolished his time as Hamilton and Bottas put the German team 1-2 early in the session by over a second. Bottas nicked 1st position from his team-mate by 0.007s, before Hamilton responded once again to take back top spot as the front teams really flexed their muscles.

Ultimately, Max Verstappen logged the fastest time on the first runs of FP2. Ricciardo followed closely – a purple S2 and S3 showing that Red Bull are tremendously quick in the corners. Hamilton, Bottas, Vettel (all on softs) and Raikkonen (mediums) rounded out the top 6 before the qualifying simulations started on the ultrasofts.

Mercedes were out first – but both Bottas and Hamilton had bad final sectors and failed to improve on their times on the soft compound.

Vettel returned to the track and lit up the timing screens by producing a 1:16.834 to go nearly 0.7s clear of Verstappen. It remained the table-topping time of FP2.

Verstappen improved on his qualifying sim and ended up only 0.074s behind pacesetter Vettel. Ricciardo and Raikkonen followed as 0.319s covered the top four drivers. Hamilton and Bottas were next, a distant 0.7s and a second off top spot respectively.

An impressive Romain Grosjean ended up in 7th, ahead of Sainz, Gasly and Ocon who completed the top 10.

In a mostly quiet session, although a couple of drivers had moments.

Marcus Ericsson spun at turn 11. It was the Swedes third error of the day following on from two mistakes in FP1. Stoffel Vandoorne also lost the car – the Belgian spinning at turn 5; but like Ericsson, he continued without any damage. 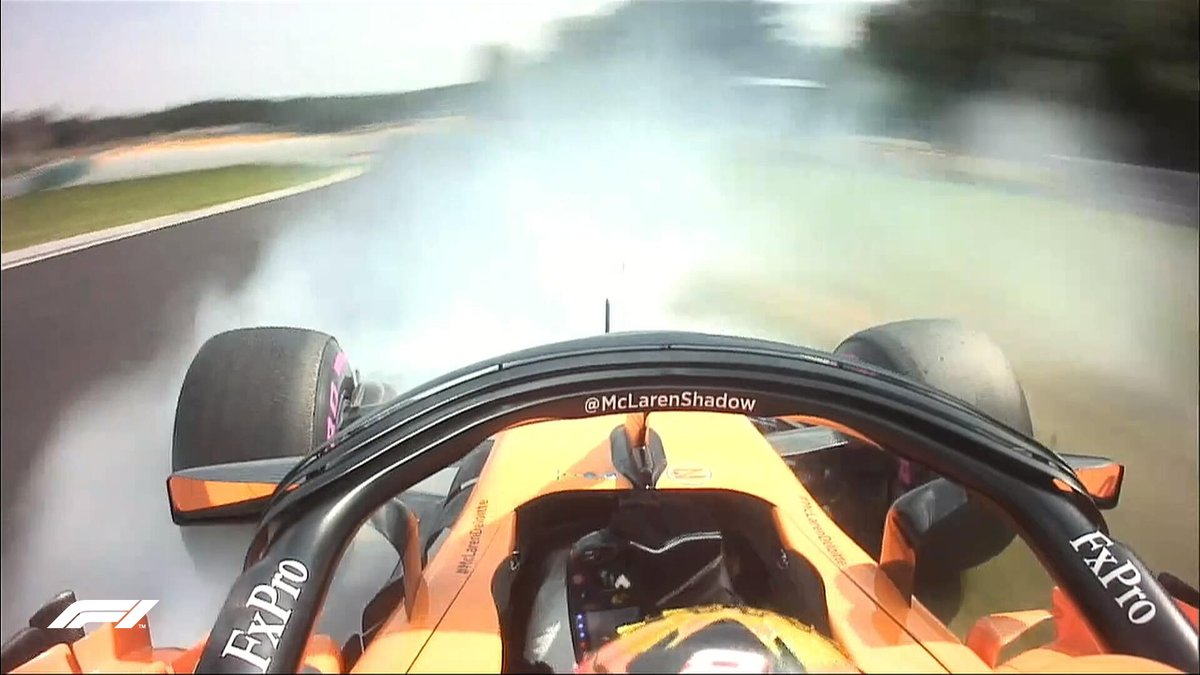