Not long after FP2 begun, Marcus Ericsson had a huge shunt. The Swede’s car veered left as he hit the brakes at turn one. He hit the barriers at high speed and then rolled a number of times before coming to stop. Ericsson got out of the car and was ok. The accident occurred thanks to the DRS being stuck open on the C37 as the Swede hit the brakes. Ericsson’s stablemate Charles Leclerc was forced to box later in the session as his DRS wouldn’t close either – but he did return to the circuit before the end of FP2. 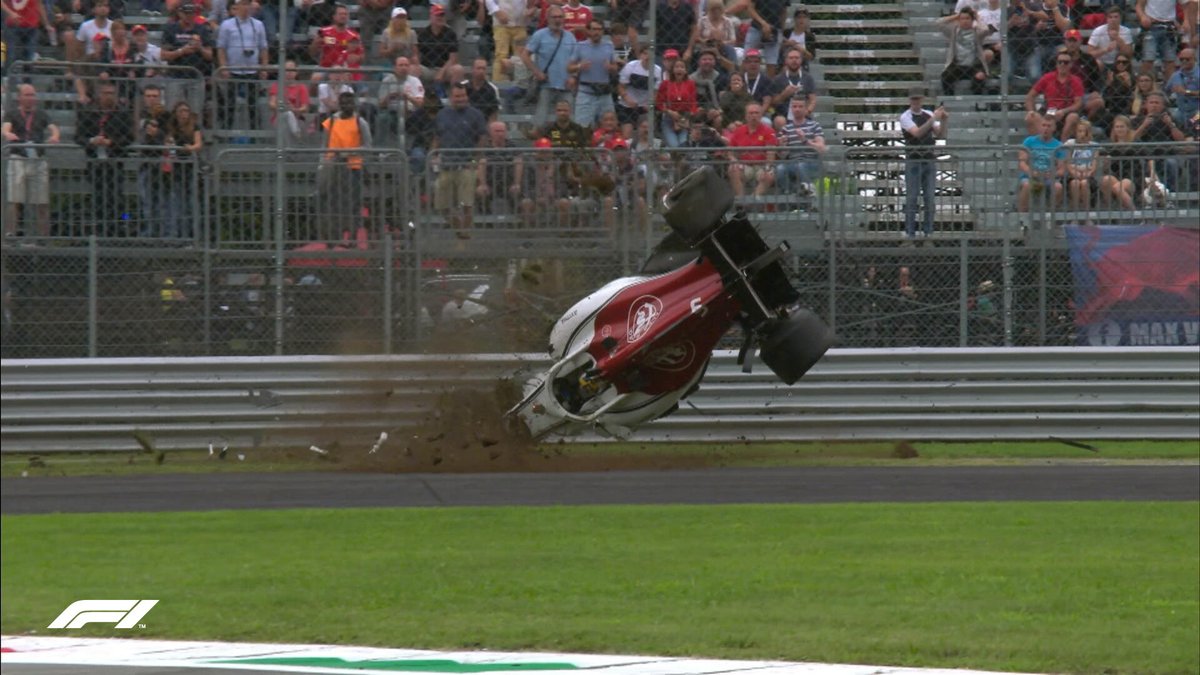 After the session resumed, Carlos Sainz posted the first time of the session on a 1:25.715. Hamilton soon demolished that and went P1 on a 1:22.837 using the soft tyre. Vettel soon beat his title rivals time by posting a 1:22.640 on the quicker supersoft compound.

Hamilton went quickest again before Raikkonen shaded his time. However, Vettel responded to both and reclaimed top spot. The German logged a 1:21.716 using the supersofts, 0.157s ahead of Raikkonen (softs) and 0.222s in front of Hamilton (softs). Bottas, Verstappen, Ricciardo, Perez, Ocon and Sainz rounded out the top 10 following the first runs.

On to the qualifying simulations and the times tumbled. Following multiple attempts by the top runners, Sebastian Vettel remained quickest on a 1:21.105. He looked set to improve on his final effort until a spin at Parabolica saw him end up in the gravel and lightly touch the barrier with his rear wing. Luckily for the German, he could get out of the gravel and return to the pits. 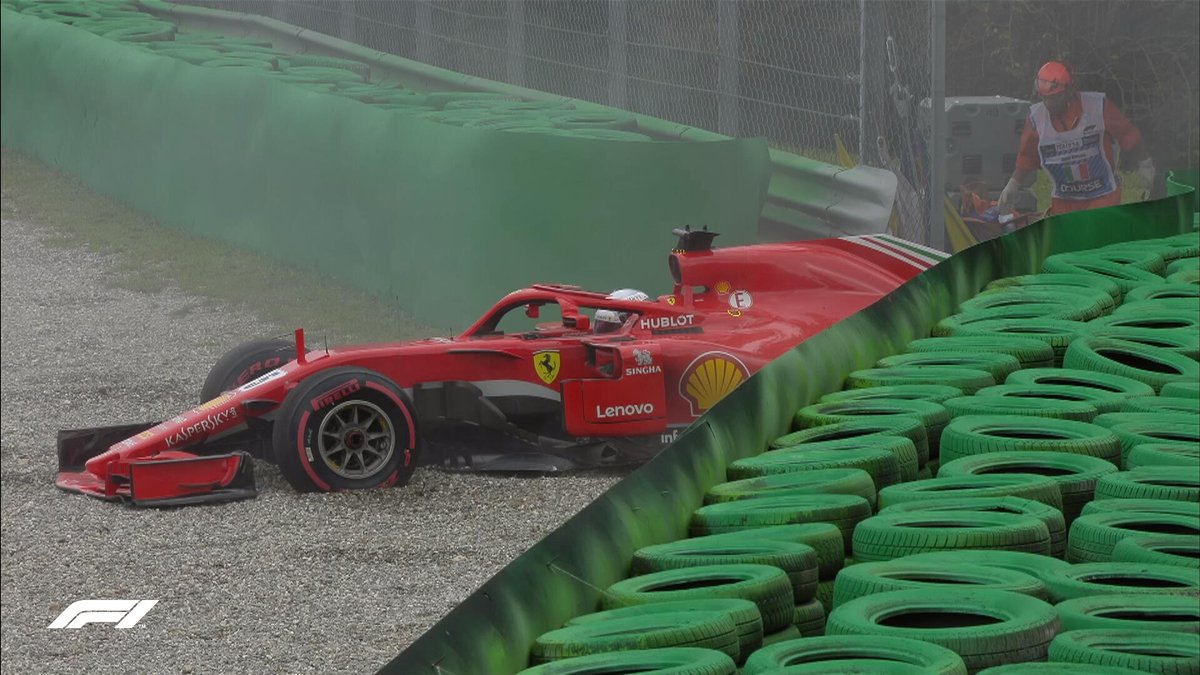 Attention switched to race sims in the closing part of FP2 and it showed it’s likely to be a tight fight on Sunday. Hamilton and Vettel (supersofts) and Raikkonen (softs) all lapped in the 1:24s, while Bottas and the Red Bulls were in the 1:25s. Racing Point Force India look to be quickest on both short and long runs in the battle behind the top three squads.