It was launched earlier the returning of Mclaren as full-time in IndyCar since 1979 when the British outfit has failed for a successful attempt to qualify for the Indy500 with Fernando Alonso this year in Indianapolis.

As we predicted, Fernando Alonso has been the first person to come in mind when it comes to any news related to Mclaren, and yes, he was suggested as a possible recruit for Arrow McLaren SP.

Brown believes that the theory of "Mclaren and Alonso" is always on the table, although within the context of a third full-time entry for the team in 2020, or another one-off at Indy.

"He’s part of the family, he’s a contracted McLaren driver and for the first time in a long time, he doesn’t have a full racing calendar ahead of him.

"He’s obviously well aware of what we’re doing here, and I’ll be seeing him later in the year and we’ll be discussing our plans and his plans and see if those converge at any point."

However, the Spaniard did not renew his deal with Toyota for the 2019/20 WEC super season nor divulged his plans next year although he's well prepared for it.

the 38-year-old is believed that he holds a relationship with the manufacturer in the context of his participation in the 2020 Dakar rally-raid event in Saudi Arabia as he is seeking beside the triple crown involves winning three motorsport's three most prestigious races, the most complete driver of his generation. Something he felt he was never able to showcase in F1 after leaving Ferrari in 2014.
What actually we're all waiting for is the official announcement of the participation in the 2020 ٌDakar Rally very soon. 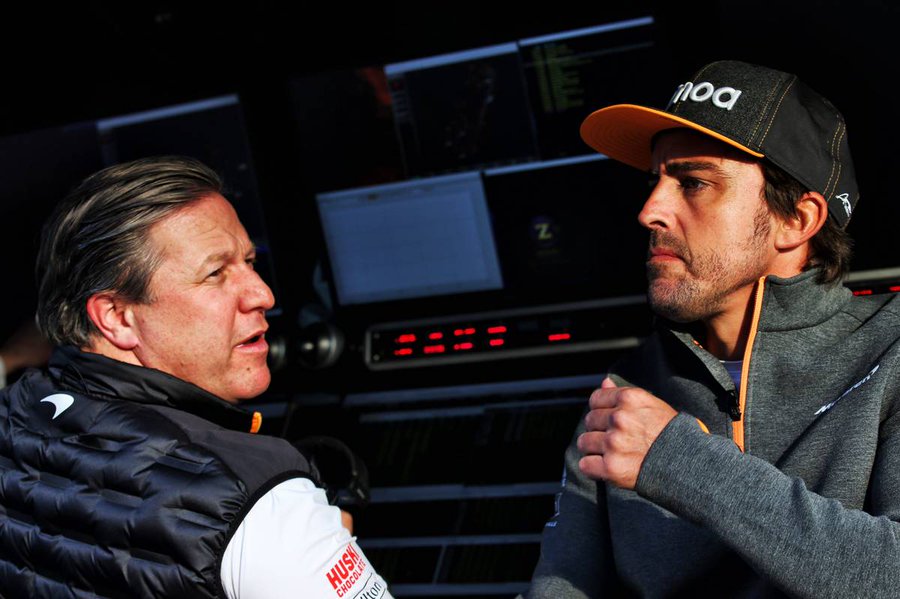 IndyCar | Firestone Grand Prix of Monterey | Newgarden: “number one thing for us” is to “have a consistent run all the way through. If we can do that, we'll be in the fight.”