The first ever #SanMarinoGP was held in 1980, on a 3.448km circuit, running anticlockwise over 40 laps, this race was won by Kenny Roberts. However, between 1993 and 2007, the Misano World Circuit was not used, in the wake of the crash that ended Wayne Rainey’s career. In 2007, the MotoGP World Championship returned to the Misano World Circuit, on a revised layout running in a clockwise direction, over 4.18km.

Yamaha have been the most successful manufacturer since the introduction of the ‘MotoGP’ class, with 6 wins (3x Rossi, 3x Lorenzo). Honda hold 4 wins, with Ducati winning twice at Misano World Circuit Marco Simoncelli. Two Suzuki riders have stood on the podium at the #SanMarinoGP, Chris Vermeulen and John Hopkins, both in 2007 as they finished 2nd and 3rd respectively. The best finish for Aprilia came in 2016, when Bautista crossed the line in 10th. KTM’s best finish came with Smith crossing the line in 10th in 2017, just ahead of teammate Pol Espargaro.

After the disappointment of the 2018 #BritishGP, all eyes were on Silverstone this year to deliver. After a stunning battle, Rins came out on top, ahead of Marquez in a last lap dash which saw 1st and 2nd separated by just 0.013s! This win was Suzuki’s forth win since the introduction of the ‘MotoGP’ class, Vermeulen won the #FrenchGP in 2007, Viñales won the #BritishGP in 2016, and after his win at the #AmericasGP this year Rins was able to make it 4 for Suzuki at the #BritishGP. 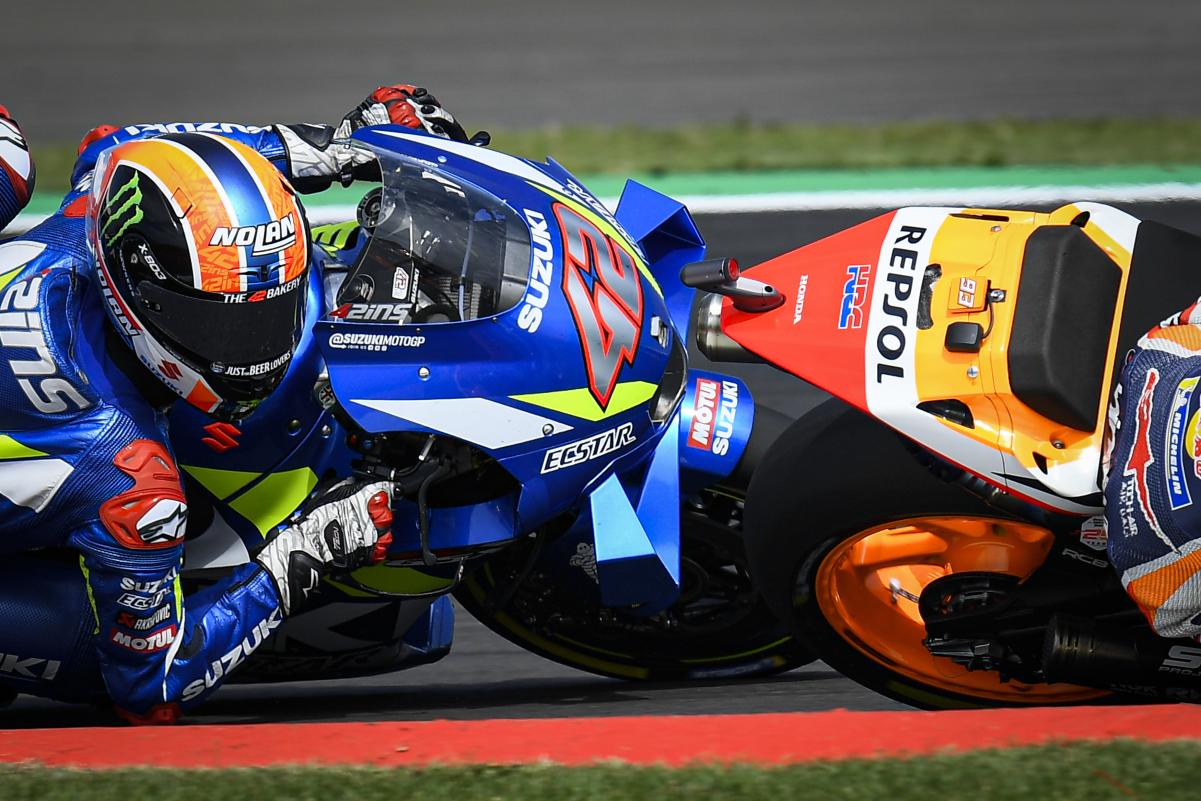 As the roar of the MotoGP circus comes to the Misano World Circuit Marco Simoncelli, we look to home hero Rossi, who has had some success in the races leading to the #SanMarinoGP. The small town of Tavullia has been home to one of the most successful motorcycle racers of all time, Valentino Rossi, this week the 9-time world champion lived his teenage dream, riding his Yamaha M1 through the streets of his hometown, as he and his friends had done on scooters around 23 years ago. ‘The Doctor’ began his tour of honour at his ‘ranch’, the home of the VR46 Riders Academy and his own training ground, he rode through the hillsides of Misano Adriatico, down into the town of Tavullia. Rossi was met by a sea of yellow and adoring fans lining the streets, hoping to catch a glimpse of their hero living his dream. After a quick stop at VR46 Headquarters, just outside the town centre of Tavullia, all roads lead to the Misano World Circuit Marco Simoncelli, where he took a lap of honour, and completed the lap of a lifetime. 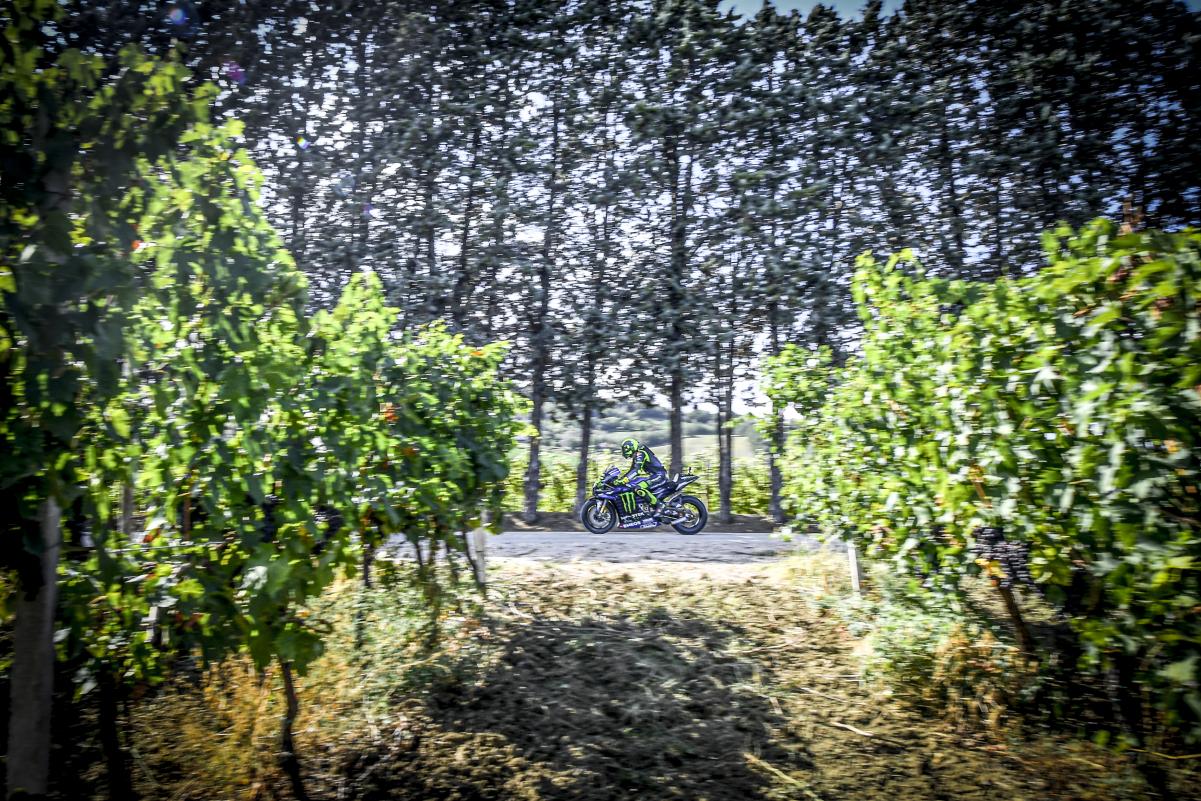 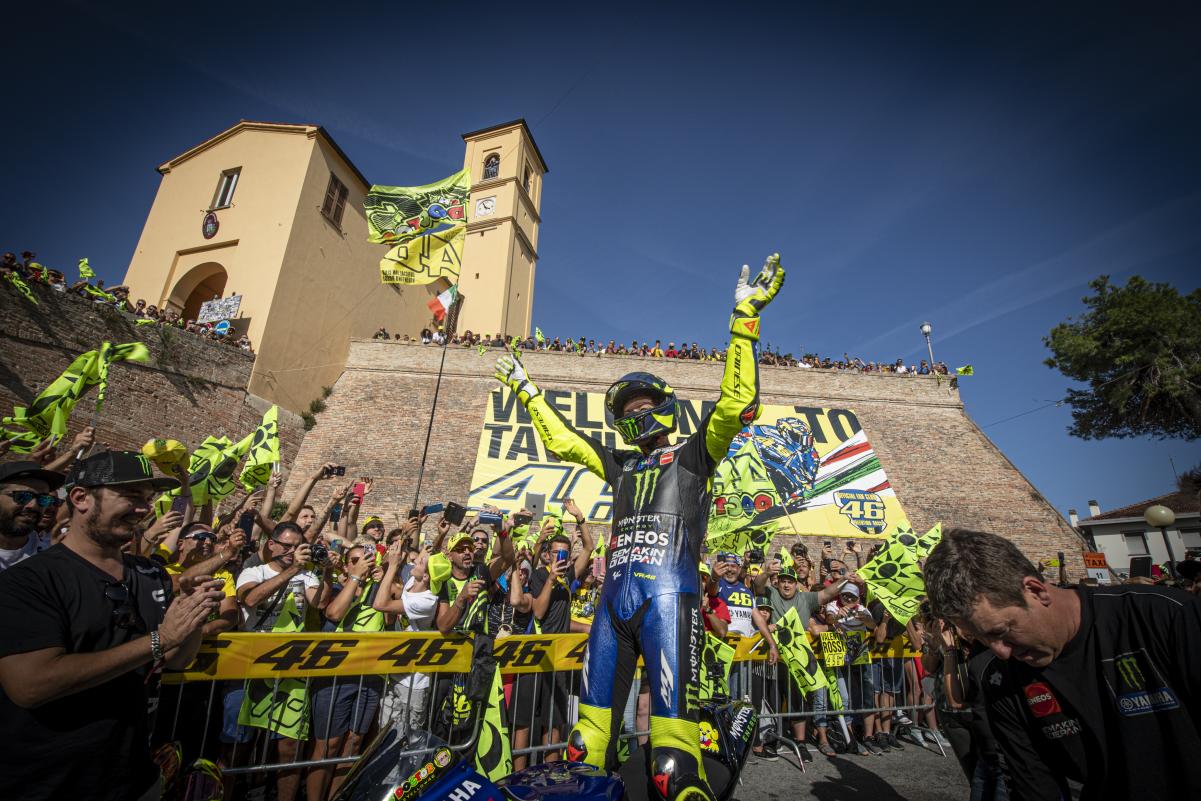 The #SanMarinoGP is always one of thrills and battles for the history books, can Dovizioso claw back crucial points to Marquez? Will Marquez rule on Rossi’s turf? Could Valentino Rossi set the world on fire and win once again in his own back yard?