As the sun sets on the Losail International Circuit ahead of the #QatarGP, the MotoGP class will prepare to embark on the race to the 2021 World Championship, but who will come out on top?

Yamaha are the most successful manufacturer around the Losail International Circuit, boasting 8 wins. Ducati, who have been particularly impressive throughout preseason testing, have 5 wins to their name. Suzuki’s best finish at the #QatarGP came in 2019, with Rins finishing 4th. Aprilia’s best finish is currently 6th, however after a strong showing in preseason testing they will be looking to improve on this. KTM have only scored points once at the #QatarGP, during the 2019 opening Grand Prix, P. Espargaro finished 12th.

As 22 riders line up to start the 2021 MotoGP World Championship season, among them will be 4 rookies. Enea Bastianini, the reigning Moto2 World Champion, Luca Marini, 2020 Moto2 runner up, Jorge Martin, 2018 Moto3 World Champion and Lorenzo Savadori, 2015 FIM Superstock Cup Winner. As these 4 rookies vie for the accolade of becoming the 2021 Rookie of The Year, we can expect no holds barred battles on track. Of the 22 riders lining up this season, 12 of these are previous World Champions, holding 30 championships between them, and 11 premier race winners, with 169 race wins between them. 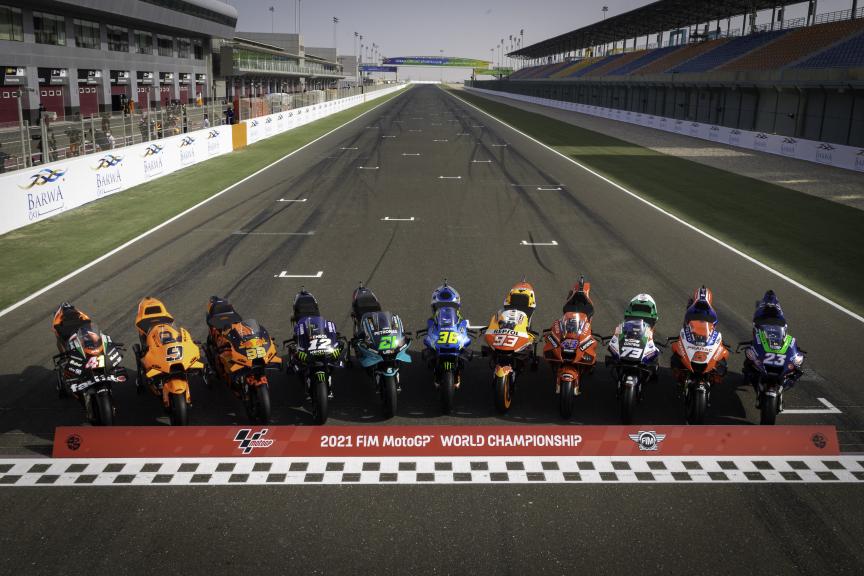 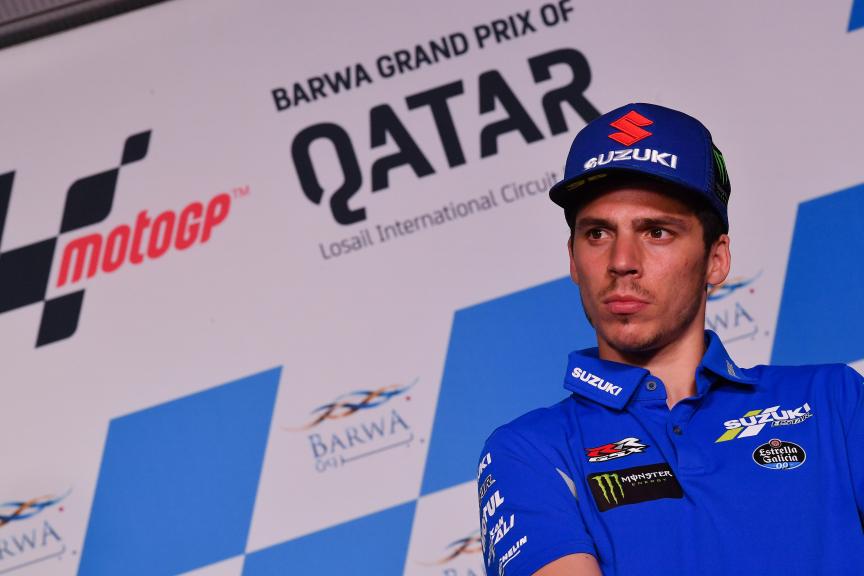 Mir: “So happy to be here again. Last year we did a really good season, a dream to achieve the Championship. We are here in Qatar, everyone starts from zero and it will be important to feel great here. The test was not bad but we have work to do. Looking forward to this season, we have a great challenge ahead of us defending the title and we’ll do as good as we can so let’s see.

"The engine is the same and the bike also. There’s not a big change on the bike, it will be really important to keep the consistency but improve the speed to win more races, this will be the main goal."

The #QatarGP marks the beginning of the season, as well as marking Ducati’s Jack Miller’s 100th premier class Grand Prix start, making him the 5th Australian to reach this milestone, following in the footsteps of Jack Findlay, Mick Doohan, Casey Stoner and Wayne Gardner. Ducati front runner Jack Miller, who topped the timesheets at the preseason Losail tests, is looking forward to this season with the Ducati Lenovo Team. Miller will be aiming for more race wins and to fight for the 2021 MotoGP World Championship. 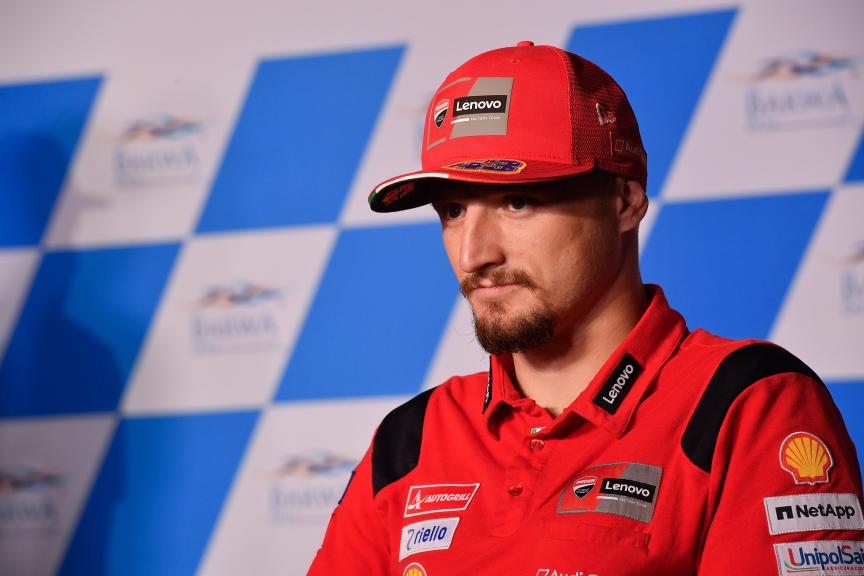 Miller: "I feel ready as I’ll be, we didn’t get that big of a break, I went back to Australia for a bit but not as much as I’d like. The pre-season went good, I didn’t have a massive move it was just one garage over, I already knew a lot of the guys so we got on straight away. The times were good in testing but we can’t look into it too much, the conditions were perfect. We’ll start again from zero here, it will be a bit different with Dunlop rubber on the track from Moto2 and Moto3 so we’ll come in with an open mind.  For sure I think there is a lot more hype than if I topped the times last year with Pramac. For sure there is extra pressure there, we haven’t had much time to feel it, everything has been relatively good so far, it hasn’t been difficult so we’ll see when it gets difficult how the pressure sinks in but apart from that, everything feels a step up. Having more stuff is nice to have, you don’t feel the full benefit of it coming to a test with four days at the same track. Just in the first couple of exits I noticed, with the people around me, we were able to adapt and overcome other problems that took more time in the past."


The 2021 season will be Rossi’s 26th successive season in Grand Prix racing, over a record-breaking career he has missed only 7 races! This season Rossi makes the switch to the Petronas Yamaha SRT, alongside his protégée, Morbidelli. Despite the ‘first day of school’ feeling, Rossi will be aiming for a solid season with his new challenge 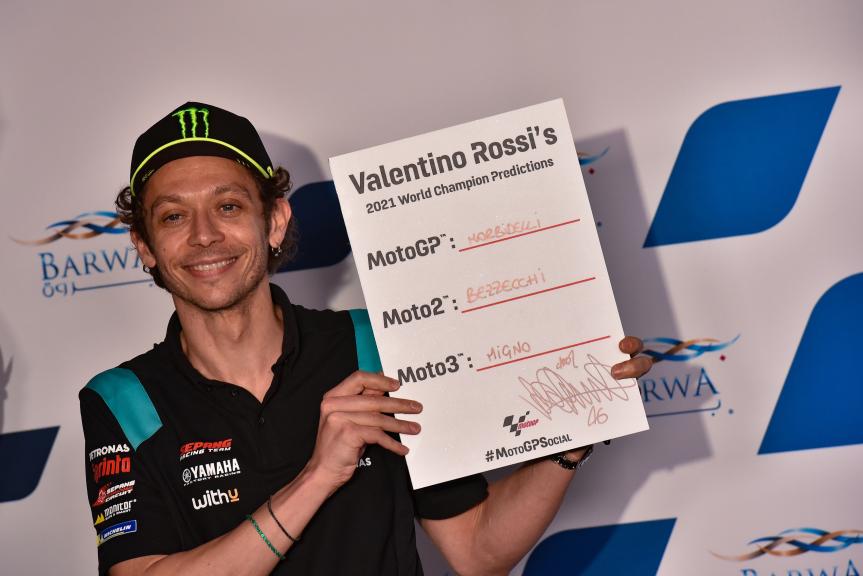 Rossi: “The atmosphere on Thursday of the first race is always the same, like the first day of school. It’s always exciting, also for the pictures together on the grid, you have the feeling that in some hours we start. I changed team after a long, long time, but I feel good. The atmosphere is good and the test was not so bad, now we have to see in a real race weekend.  In the factory team but also in the Petronas team everyone gives the maximum, so you have the pressure. The difference is the amount of people around the bike, but for me the atmosphere was also good in the factory team, it’s not a big change. I’m very happy to have Franco as my teammate because we’re good friends, we stay a lot of time together in Tavullia for training but also free time, and he is one of the best riders in MotoGP at the moment like he demonstrated last year. So for me, it’s good, it’s great motivation to fight with him."

This weekend’s #QatarGP will mark the 15th successive occasion that Losail International Circuit will set the stage for the MotoGP World Championship season. Can Ducati reign supreme with Miller, will Yamaha steal the spotlight, or can Aprilia pull off their first ever victory as the sun sets in Qatar?